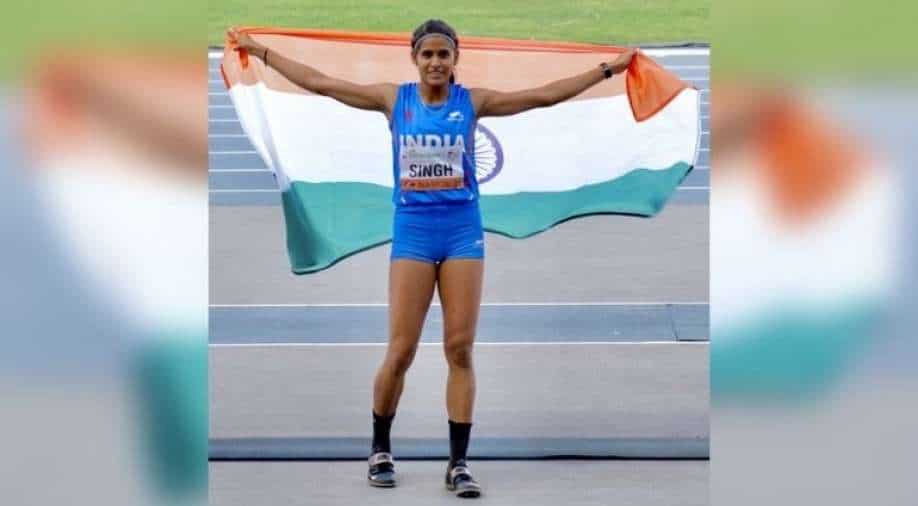 Highly talented long jumper Shaili Singh on Sunday missed out on scripting history by a mere 1cm as she settled for a silver in the U-20 World Athletics Championships here.

Highly talented long jumper Shaili Singh on Sunday missed out on scripting history by a mere 1cm as she settled for a silver in the U-20 World Athletics Championships here.

The 17-year-old Indian's personal best effort of 6.59m was not enough for a gold as she was pipped to the post by Sweden's reigning European junior champion Maja Askag, who managed 6.60m for the top spot on the final day of the championships.

A protege of legendary long jumper Anju Bobby George, Shaili was leading at the end of the third round but the 18-year-old Swede overtook her in the fourth round by a mere 1cm which proved to be decisive in the end.

Mariia Horielova of Ukraine took the bronze with a best jump of 6.50m.

For the first time, #India has won more than one medal at an edition of the U20 World Championships#IndianSports #Athletics pic.twitter.com/vHAlD5rw20

India ended their campaign with a best ever medal haul of 2 silver and 1 bronze, though the country had won one gold each in the earlier two editions -- by Olympic champion javelin thrower Neeraj Chopra (2016) and quartermiler Hima Das (2018).

The mixed 4x400m relay quartet and 10,000m race walker Amit Khatri had earlier won a bronze and a silver respectively in this championships.

Shaili began brightly with a 6.34m and repeated the same distance next before her best effort in the third round. Her next two attempts were fouls and she could not get past the 6.60m in her final jump and the youngster seemed to be distraught at missing a gold and chance to create history.

Shaili, considered one of the brightest upcoming stars in Indian athletics, had topped the qualification round on Friday with a best jump of 6.40m.

The Jhansi-born athlete, who was raised by a single mother who worked as a tailor, currently trains at the academy of Anju Bobby George in Bengaluru. She is coached by Anju's husband Bobby George.

She had won the women's long jump event at the National (Senior) Inter-State Championships in June with an effort of 6.48m, her previous personal best. She is the current U-18 world No. 2 and U-20 national record holder.