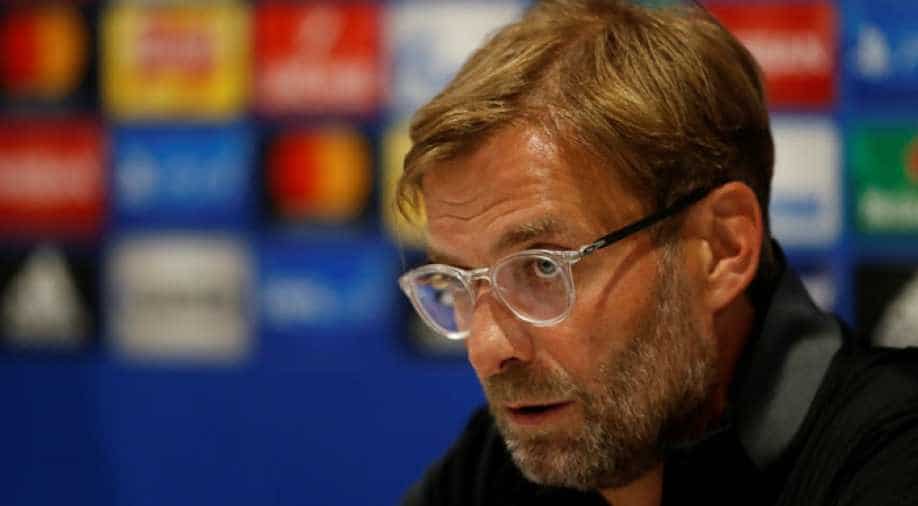 'We have to qualify for the Champions League. We have to finish as high as possible,' Klopp said. Photograph:( AFP )

An inspiring speech by Liverpool manager Juergen Klopp in the aftermath of the Europa League final loss to Sevilla two years ago was the catalyst for this season's run to the Champions League title clash, news agency Reuters reported quoting Liverpool captain Jordan Henderson.

Liverpool are within touching distance of a sixth European crown and are looking to deny holders Real Madrid a 13th title when the teams face off at Kiev's Olympic Stadium on Saturday.

"He looked at the bigger picture and the future and he felt as though it could be a big moment in our careers to learn from the experience," Henderson told British media.

"He had this vision that made me think in the future we'd get to another final. He wanted to use the experience of that final to keep us together and use it as a positive. If we got to another final we'd be ready.

"At that moment I sensed that he could see that he was confident about getting to another final. I can't remember word-for-word but he had something about him that felt it was the start of something."

Liverpool have put 2016's 3-1 defeat by Sevilla in Basel well behind them and are firing on all cylinders in Europe's elite club competition in this campaign.

The Merseyside club have already plundered 40 goals in their march to the final and England international Henderson credited Klopp with re-energising the team.

"I think you can see how he has taken the team forward since then has been fantastic... I see how hungry the team are to be successful," Henderson added.

"I have spoken about the manager having a massive impact since he's come in, which he has. He is our leader and everyone looks up to him."