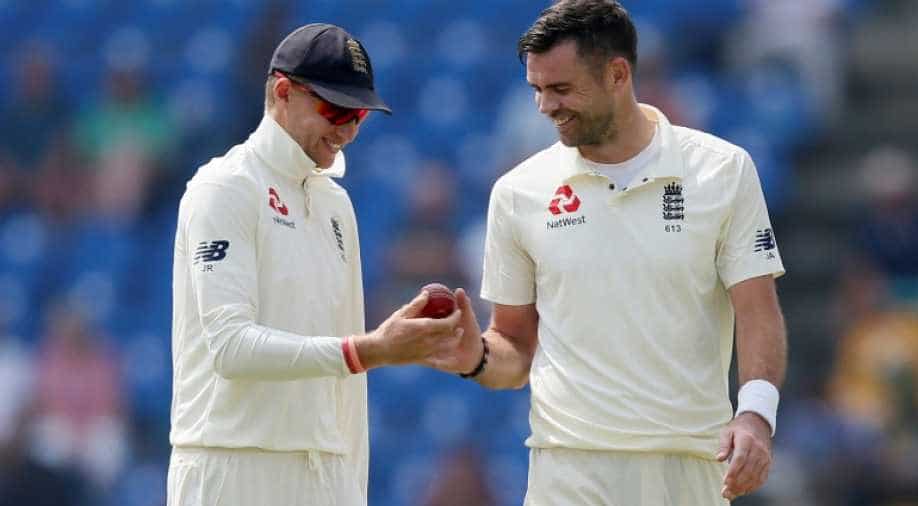 Chasing 301 for a series-levelling win on a turning Pallekele track, Sri Lanka reached 93 for three at lunch after being reduced to 26-3 by Leach's brilliant spell of spin bowling with the new ball.

Chasing 301 for a series-levelling win on a turning Pallekele track, Sri Lanka reached 93 for three at lunch after being reduced to 26-3 by Leach's brilliant spell of spin bowling with the new ball.

Karunaratne was 54 not out with experienced former captain Angelo Mathews unbeaten on 28 at the break, the duo having added 67 for their unbroken fourth wicket stand.

England, however, wasted chances to dismiss both batsmen with all-rounder Ben Stokes the guilty fielder and off-spinner Moeen Ali the unfortunate bowler on both occasions.

Karunaratne, who made 63 in the first innings, was on 21 when his edge off Moeen flew past Stokes at slip and the batsman also survived a leg before decision in the final over before the lunch interval.

He was given out lbw off leg-spinner Adil Rashid but overturned the decision on review with replays confirming the ball was missing leg stump.

Stokes dropped a relatively easier chance when he dropped Mathews at slip with the batsman on seven.

Leach had given England the ideal start in their quest for a series-clinching win when he lured Kaushal Silva out of his crease with a flighted delivery to be stumped for four.

Dhananjaya de Silva was out to a smart catch by Keaton Jennings at short leg for one off Leach while Kusal Mendis was also trapped lbw for the same score, with England overturning the umpire's not out decision on review.

England batted for about 20 minutes in the morning before they were all out for 346 in their second innings for a lead of 300.

Wicketkeeper Ben Foakes followed up his debut century during the win in Galle with an unbeaten 65 to boost the touring side's lead after captain Joe Root hit 124 and opener Rory Burns made 59 on Friday.

James Anderson was the final wicket to fall when he was bowled out for 12, becoming off-spinner Dilruwan Perera's third wicket in the innings.

Akila Dananjaya, who was reported for a suspect bowling action after the Galle test but is free to play, notched up career-best figures of 6-115 for the hosts.