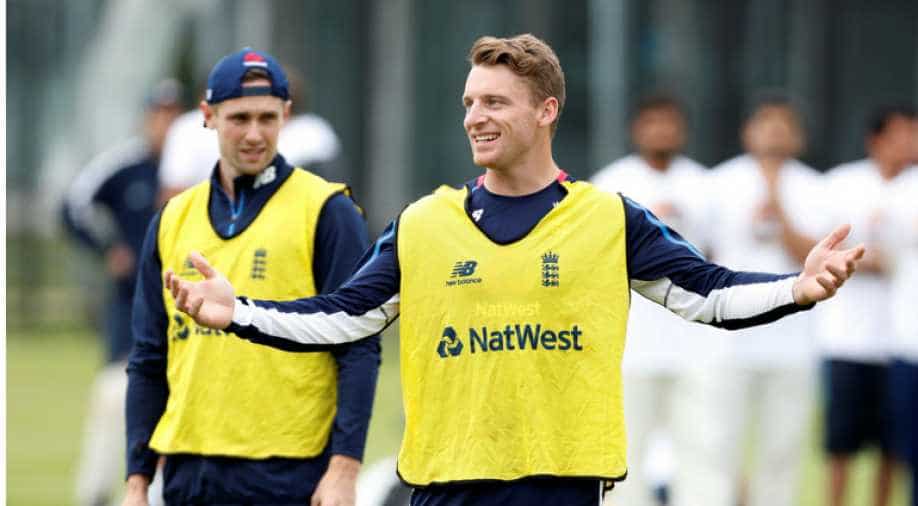 England batsman Jos Buttler has vowed not to curb his attacking instincts after earning a "surprise" recall to the Test team for the opening Test against Pakistan starting at Lord's on Thursday.

Buttler returns to the Test fold for the first time since December 2016 after a series of impressive innings in the Indian Premier League (IPL) and he believes a similar bold approach in red-ball cricket can help cement his place in the side.

"They've told me to play in the way people watch me play in white-ball games," Buttler, a wicketkeeper selected as a specialist batsman for the Pakistan Test, told a news conference on Monday.

"I'm not just going to go out there trying to slog, but I'm going to try to be positive and score runs."

Buttler's time away from the Test arena has seen him forge a reputation as an effective limited-overs player and he recently struck an IPL record-equalling five consecutive half-centuries for the Rajasthan.

Buttler's move to opener for the Royals prompted his run of good scores but the 27-year-old is likely to slot into England's middle order at number seven.

"That's what the game is about, whatever fashion you do that in," Buttler, who has played 18 Tests so far with an average of 31.36, added.

"There have been some great cricketers from all generations who've done it their own way.

That's what's been asked of me really, to play in a way that suits me."

England will play two Tests against Pakistan, with the second match at Headingley starting on June 1.