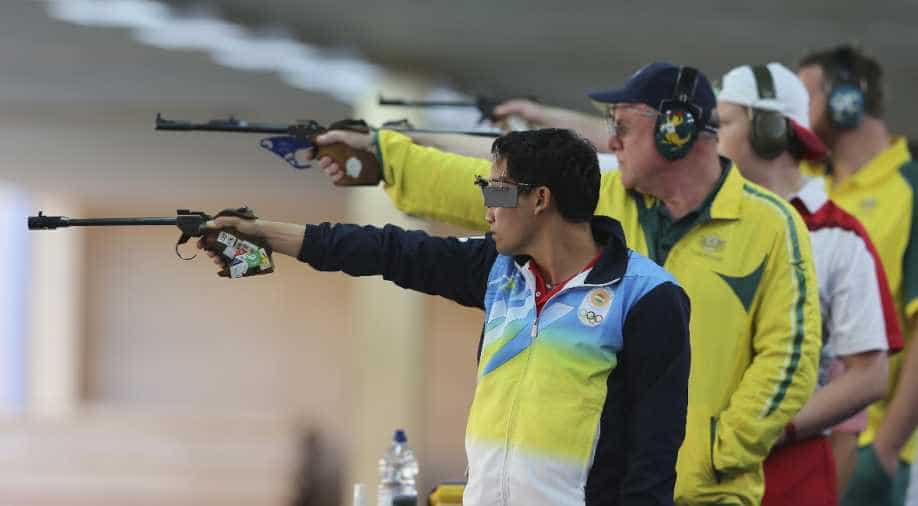 Rai shot a world record score of 230.1 to bag the number one spot.

His compatriot Amanpreet Singh, who scored 226.9, won silver in the same event.

Yesterday, Rai had won a bronze in the 10-metre air pistol event.

The 29-year-old marksman, who made an eighth-place finish in the men's 10m air pistol final at the Rio Olympics, was languishing towards the bottom of the table in the initial stages of the final before he made a late surge to come into medal contention.

Jitu posted a final score of 216.7, which include poor shots such as just a score of 8.8 on his second attempt, to make a third-place finish on podium.

Rai and Heena Sidhu had earlier also clinched gold in the 10m-air pistol mixed team test-only event of the tournament.