IPL 2020, Delhi Capitals vs Rajasthan Royals: Preview, stats and players to watch out for 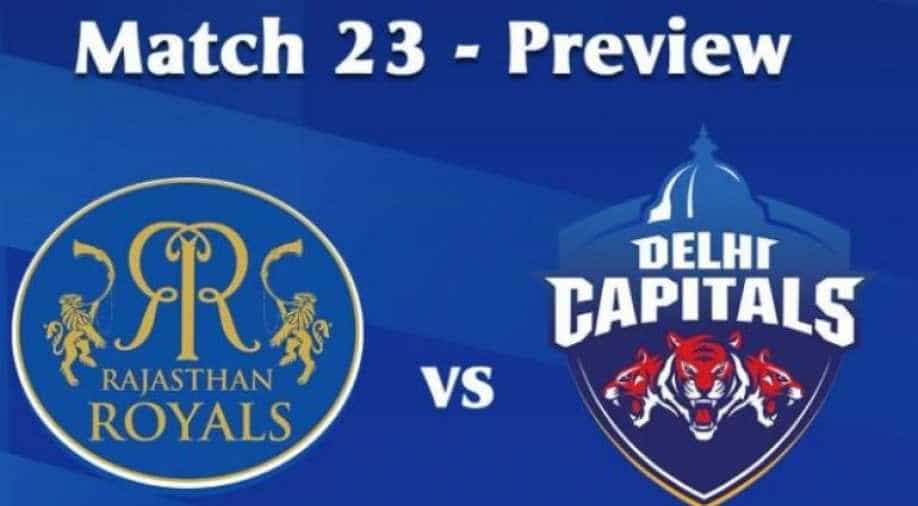 IPL 2020, Delhi Capitals vs Rajasthan Royals: Preview, stats and players to watchout for Photograph:( Others )

Delhi Capitals has been the most successful team in this year's Indian Premier League.

Delhi Capitals is set to take on Rajasthan Royals in Match 23 of IPL 2020 at the Sharjah Cricket Stadium on Friday.

Delhi Capitals has been the most successful team in this year's Indian Premier League. They have won four games of five matches. Their only loss was to Sunrisers Hyderabad. Shreyas and Co. will be looking forward to keeping the momentum and top the table after beating the Royals. Sharjah has been a high scoring venue due to its shorter boundaries. They have a deep batting and bowling lineup. Hard-hitters like Prithvi Shaw, Shikhar Dhawan, Rishabh Pant and Marcus Stoinis will provide good pace for the team. Bowlers have not been so successful in Sharjah, however, current purple cap holder Kagiso Rabada will trouble the Rajasthan batsmen.

Deflated Rajasthan started their campaign in style by securing mammoth victories against Chennai and Punjab. However, they saw a drastic drop in form as they went on to lose three consecutive matches. However, Sharjah has been lucky for the Royals. Their star all-rounder Ben Stokes will miss this match and join them in next. Steve Smith and Sanju Samson have hit a rough patch and have scored runs for the team. It could be the match where they redeem themselves. Rajasthan Royals are second last on the points table.

The two teams have faced each other 20 times in the IPL so far, with Rajasthan holding an 11-9 head-to-head win/loss record over Delhi.