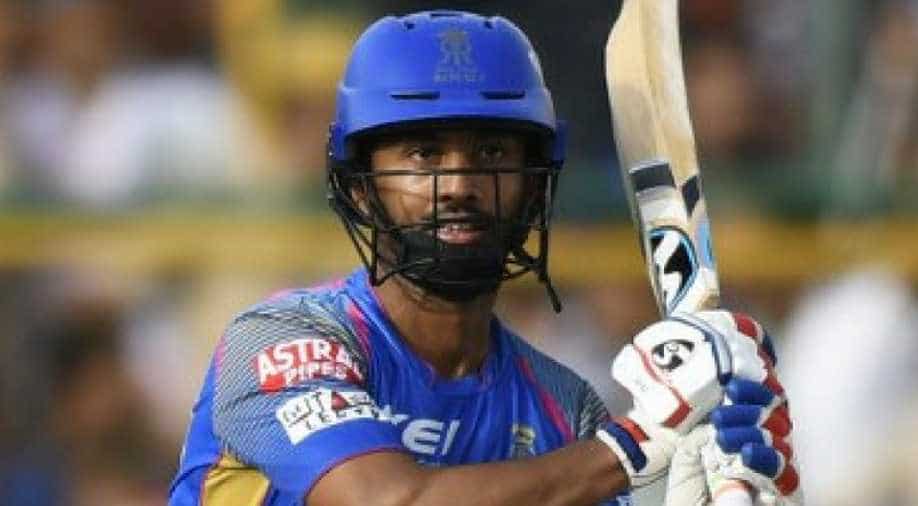 Rahul Tripathi registered his first half-century of the season to help Rajasthan set 164 runs on the scoreboard during their clash against Bangalore at Sawai Mansingh Stadium, Jaipur on Saturday.

Tripathi made 80 runs off 58 balls which included five boundaries and three huge sixes.

The opener remained unbeaten and played till the last ball to set a more decent target for the opponents.

Sanju Samson, who is considered one of the most consistent performers of the franchise, was sent back to the pavilion without opening his account.

Meanwhile, Heinrich Klaasen played a perfect cameo and made 32 runs off 21 balls.

Earlier, Rajasthan won the toss and opted to bat against the Virat Kohli-led side.

After winning the toss, Ajinkya Rahane mentioned that the pitch is dry and also the host Rajhasthan are very familiar with the wickets. On the exit of Ben Stokes and Jos Buttler, Ajinkya said that the team is missing them.

Virat Kohli also highlighted the fact that Jos And Ben are not in the Playing XI. Kolhi also mentioned that the team has done decently well in the previous three matches and also it is important to find the right balance in today's game.

There is no change for Bangalore team, on the other hand, Ben Laughlin, Heinrich Klaasen and Shreyas Gopal have been included in the playing XI of Rajasthan.

WATCH: 'Fell short by two shots' - Sanju Samson reacts after his 86* in vain in 1st ODI vs South Africa