IPL 2018: Players to watch out for in Punjab vs Rajasthan clash 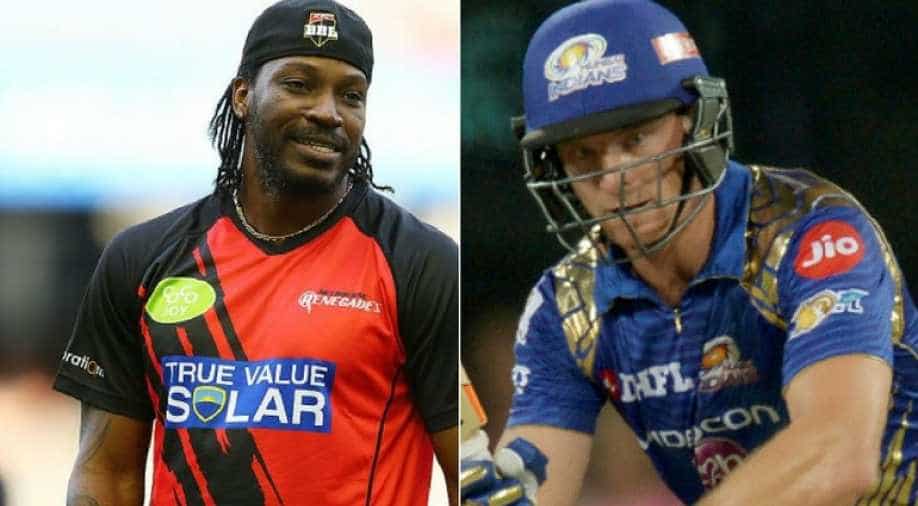 Ajinkya Rahane-led Rajasthan will host Punjab for the second time in this year's IPL at Sawai Mansingh Stadium, Jaipur, on Tuesday.

Their first encounter was won by R Ashwin-led side by six wickets to become the third-best team in IPL, so far.

So, let's take a look at the players expected to perform in today's big clash

1. KL Rahul - KL Rahul played a yet another opener's knock against Rajasthan. He slammed an unbeaten 84 runs off 54 balls which included seven boundaries and three huge sixes. The Punjab opener single-handedly took the match away and ensured victory for his side. Today, when he plays once again against Rajasthan, he is sure to hit a half-century and award himself with the 'Orange Cap'.

2. Jos Buttler - The Rajasthan opener smashed 51 runs in his previous game against Punjab. He reached the mark in 39 balls to be the only Rajasthan player in form. Overall, Butler scored 238 runs in nine games with 67 being his highest. Today as well he will give an amazing head start to his team to set a mammoth target.

3. Mujeeb Ur Rahman - The Punjab bowler was awarded the 'Man of the Match' title in his previous game against Rajasthan, as he swung three crucial wickets of Rajasthan. The Afghan bowler has taken 12 wickets altogether in this season so far and is two wickets away from getting the 'Purple Cap'.

4. Andrew Tye - Tye knocked out two important players of Rajasthan -- Sanju Samson and Rahul Tripathi in his previous game. The Punjab bowler is capable of swinging wickets to help his side consolidate their position or even move up in the league table. "Purple Cap' is two wickets away for him.

5. Sanju Samson - Comparing his last two games, the Rajasthan batsman has not been able to do wonders with his bat. In his previous match against Punjab, he scored 28 runs off 23 balls and the only one who managed to hit a six. He will be an interesting player to watch out, as he will surely step down on the field today to score.