IPL 2018: Kolkata make it to play-offs, beat Hyderabad by 5 wickets 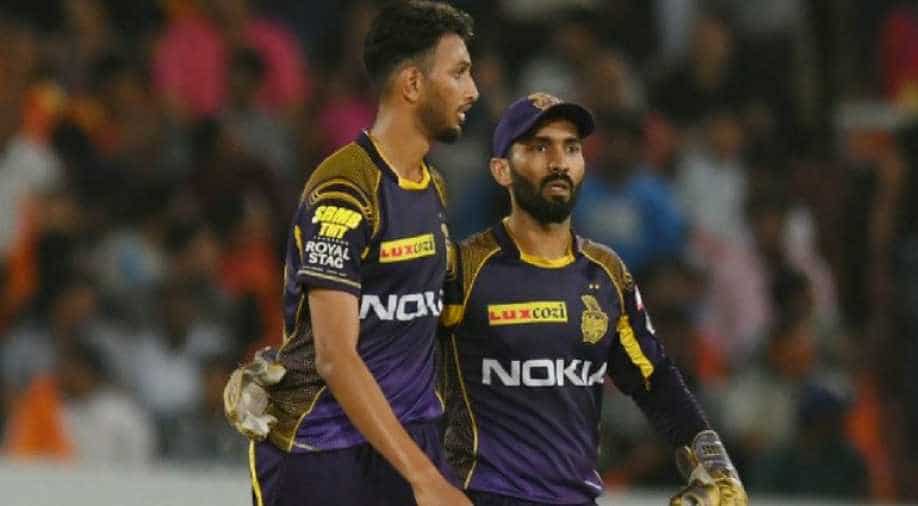 The Indian Premier League got its third team which managed to book its berth in the play-offs race in form of Dinesh Karthik-led Kolkata.

Chris Lynn and Robin Uthappa played a perfect innings to save Kolkata in the ongoing Indian Premier League (IPL) 2018.

Lynn smashed 55 runs in just 43 balls before giving away his wicket to S Kaul.

It was after that, Uthappa continued the momentum and took Kolkata a step near to victory.

Meanwhile, Hyderabad bowlers have had another lacklustre game after they failed to swing wickets in their favour.

Despite getting a flying start, table-toppers Hyderabad were restricted for mere 172 runs by the Kolkata bowlers

Goswami was sent back to the pavilion after making 35 runs off 26 balls.

Dhawan continued the attack to reach his half-century, before being LBW.

Meanwhile, Prasidh Krishna came out as a trump card for Kolkata as he took four crucial wickets to restrict Hyderabad from setting a massive total.

Yadav today turned out to be the costliest player for Kolkata as he gave 35 runs in four overs at an economy of 8.75.