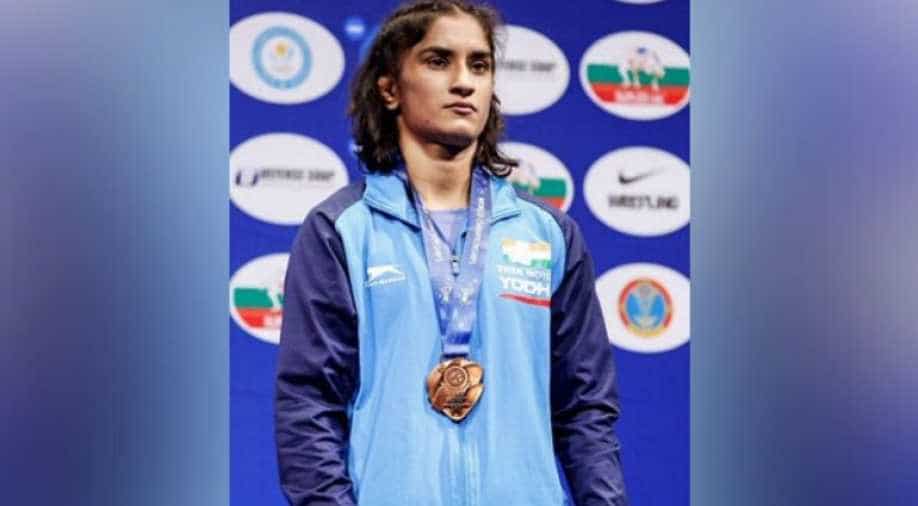 The 25-year-old said that Padma awards motivate athletes to do well in their field.

Indian wrestler Vinesh Phogat on Sunday showed her displeasure over the Padma awards list, which was announced yesterday.

"Who decides who shall be awarded? Is there current or former athletes in the jury? How does it even work? In the end, it all just seems slightly unfair.!!!!," she said in a statement.

The 25-year-old said that Padma awards motivate athletes to do well in their field.

"Every year, our government awards several sportspersons. These awards serve as great encouragement for sports and for athletes to continue chasing excellence," she said

Phogat questioned the government's decision and said that deserving athletes were left out of the awards list.

"But it's also that numerous times these awards don't honour current achievements or instances of sporting success in the recent past. It's almost like the deserving getting left out each time. This has become a pattern and the 2020 awards list is no different," she added