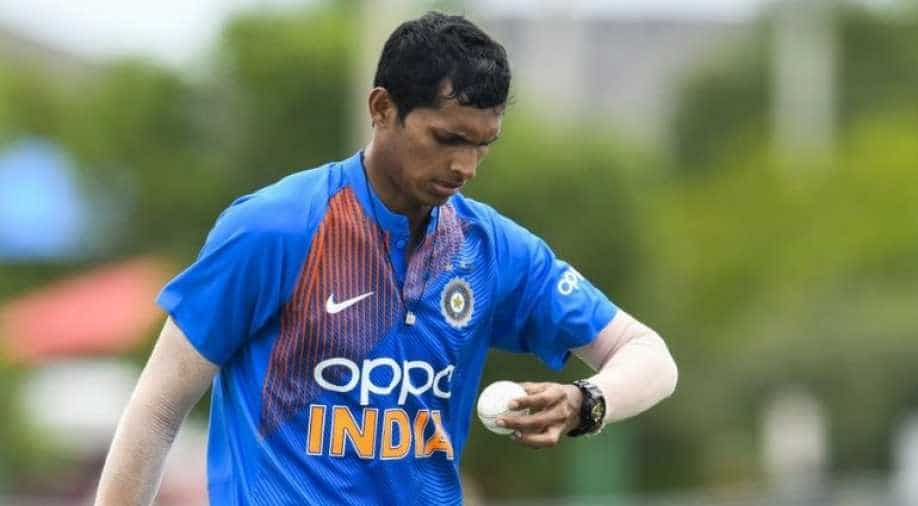 Chasing a decent target of 143 runs, India got off to a flying start as Shikhar Dhawan and KL Rahul struck regular boundaries to Sri Lanka bowlers.

India secured a massive seven-wicket victory over Sri Lanka in the second T20I match at the Holkar Stadium here on Tuesday.

With this victory, India has taken a 1-0 lead over Sri Lank in the three-match T20I series. The first match was abandoned without a ball being bowled due to rain.

Chasing a decent target of 143 runs, India got off to a flying start as Shikhar Dhawan and KL Rahul struck regular boundaries to Sri Lanka bowlers.

Both formed a 71-run partnership before Rahul, who missed his half-century by five runs, was bowled by Wanindu Hasaranga in the 10th over. Soon after, Hasaranga sent Dhawan too back to the pavilion as the latter was given LBW after scoring 32 runs.

Shreyas Iyer and skipper Virat Kohli then took the charge and played furiously. Iyer (34) gave away an easy catch to Dasun Shanaka in the 17th over, bowled by Lahiru Kumara. However, India only needed six runs and Kohli struck a brilliant six in the same over to take India over the line.

Kohli played an unbeaten knock of 30 runs from 17 balls in the match.

After being sent to bat first, Danushka Gunathilaka and Avishka Fernando provided Sri Lanka with a good start.

Washington Sundar provided India with their first breakthrough as he got hold of Fernando, who scored 22 runs. Kusal Perera then came out to bat but could not form a good partnership with Gunathilaka as the latter was bowled by Navdeep Saini.

Oshada Fernando then joined Perera out on the field. The duo added 28 runs on the board before Kuldeep Yadav dismissed Fernando (10). In his next over, Yadav got hold of Perera (34).

Sri Lanka utterly failed to form a good partnership and Indian bowlers kept the visitors under immense pressure. In the 19th over, Shardul Thakur picked three wickets which reduced Sri Lanka to 130/9.

However, in the final over, Wanindu Hasaranga smashed three consecutive boundaries to Jasprit Bumrah to help Sri Lanka post a respectable total. The third T20I between both teams will be played on January 10.