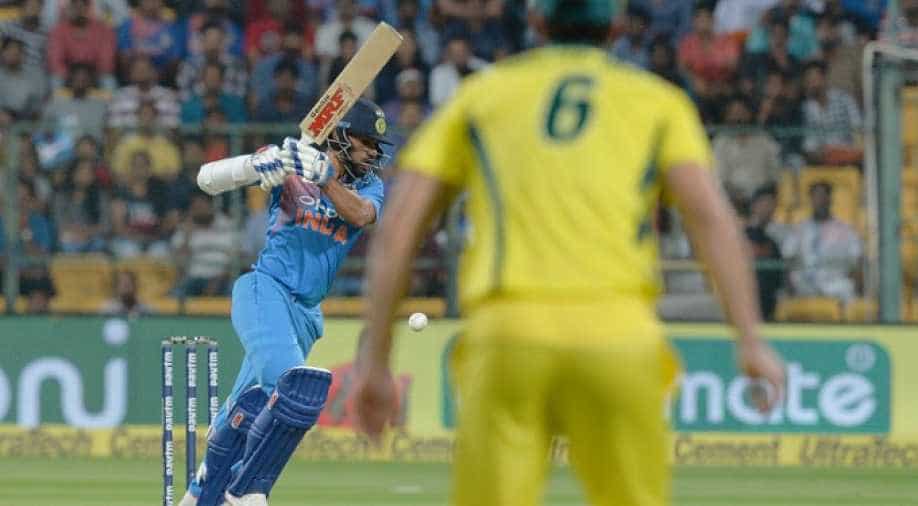 Shikhar Dhawan during the second T20 against Australia Photograph:( AFP )

Australia won the toss and elected to bowl first in the second T20 international match against India at Bengaluru today.

The visitors went into the game with an unchanged squad, the hosts however, rested Rohit Sharma and brought in Shikhar Dhawan and Vijay Shankar to boost the batting line-up.

Australia chose to stick with four fast bowlers and leg-spinner Adam Zampa. India dropped Umesh Yadav and brought in Siddarth Kaul. Yadav faced the axe after giving away 14 runs in the final over as India lost by three wickets to Australia at Visakhapatnam on Sunday.

After a brisk start, India lost opener Lokesh Rahul with the hosts on 61 as Coulter-Nile stuck in the eight over. KL Rahul scored 47(26 balls) studded with four sixes and three boundaries. Skipper Virat Kohli joined Dhawan at the crease with India on 70/1 in 9 overs.