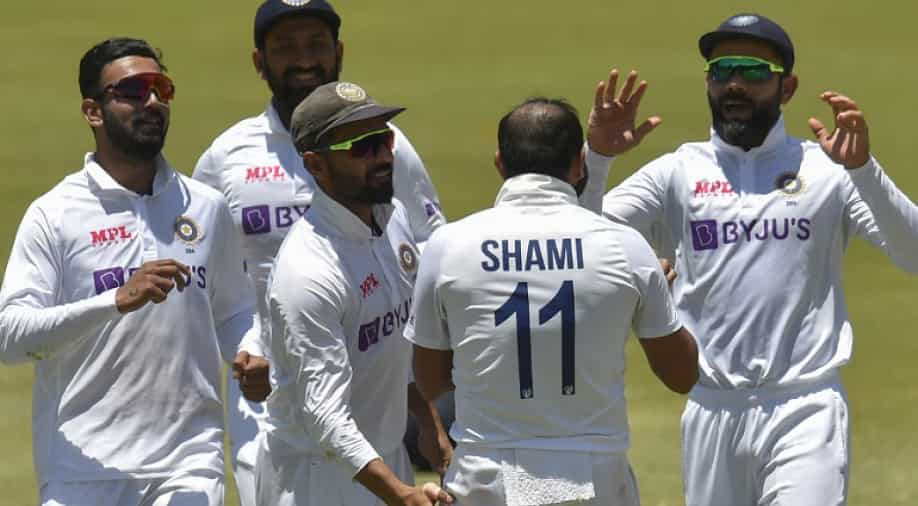 Is India the best Test team in the world at present? Photograph:( AFP )

India defeated South Africa comprehensively by 113 runs in the first Test in Centurion to take a lead in the three-match series and are just one victory away from sealing the series.

Virat Kohli-led India got off to a brilliant start in the ongoing Test series against South Africa as they got the better of Proteas by 113 runs in the series-opener in Centurion. It was India's only 4th Test win in South Africa, as they desperately aim for their maiden Test series win against the Proteas in their own backyard.

India are just one win away from sealing the series and script history by winning their maiden Test series in the country. However, it is not going to be an easy task for the visitors, who are missing skipper Virat Kohli in the ongoing second Test between the two nations in Johannesburg.

Nonetheless, India's superb victory in the first Test has set them up on the path towards greatness as they stand closer than ever to win their first Test series in South Africa. Former Australia spinner Brad Hogg believes the current Indian team is one of the best in the world at present and will be labelled as one of the great teams to have been on earth if they manage to beat South Africa in the ongoing series.

"India just won in South Africa in the Boxing Day Test, if India win one out of the remaining two Test matches, they are definitely the best team in the world at the moment. India are going to be labeled as one of the great teams that have been on Earth. Like Australia in the 2000s and West Indies in the late 70s and early 80s," Hogg said while speaking in a video on his YouTube channel.

Last year, India had continued their overseas dominance in England after winning their second straight Test series on Australian soil. India were leading 2-1 in the five-match series against England before the final Test in Manchester was called off due to COVID-19.

Also Read: Pujara and Rahane have just the next innings to save their Test careers, says Gavaskar as duo fail again

India could have easily wrapped up the series in their favour and defeated England in their own backyard had the last game not been postponed. Citing India's impressive performances overseas, Hogg said their domination while travelling makes India one of the most successful Test teams ever.

"India are the best team because they are dominating when they travel. They annihilated England on English soil. They should have had that series against England done and dusted being 3-1 up. England had no answers for them. England were too worried about The Hundred competition, getting the big stars to play there," said the former Australia spinner.

"Well, we're in different times, there's a pandemic, you have to adjust and be hospitable to the visitors. If that Test match does not get rescheduled, I don't think anyone should worry about it because it was completely England's fault," Hogg added.