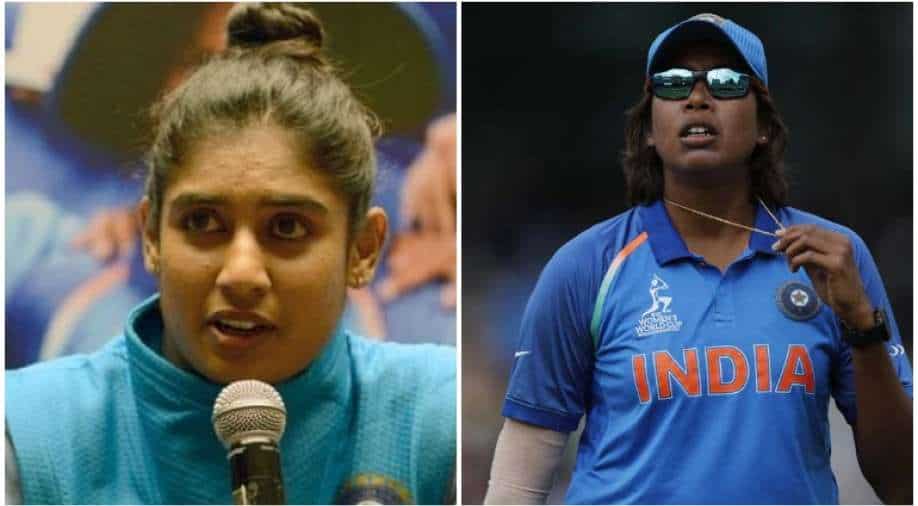 Mithali and Jhulan named in ICC Women's ODI Team of the Year for 2021 Photograph:( AFP )

ICC has named Mithali Raj and Jhulan Goswami in the Women's ODI Team of the Year for 2021.

The International Cricket Council (ICC) has named two veteran players from the Indian women's cricket team in the ODI Team of the Year for 2021, on Thursday (January 20). Heather Knight has been selected as the team's captain.

As part of the ICC Women's T20I Team of the Year for 2021, Smriti Mandhana was named the lone Indian.

In fact, Mithali Raj, the Indian captain and veteran batsman, compiled the same number of runs and finished with the exact average as Beaumont. However, the player didn't score a century this year but managed to shine with as many as six half-centuries.Her runs came when India were in dire straits, making her contribution even more significant.

Jhulan, on the other hand, continues to prove herself as a formidable opponent. The veteran player claimed 15 wickets in 2021 and maintained an impressive economy rate of 3.77. Any team can benefit from having an experienced bowler like her, who can keep runs under control along with picking wickets.

India will need Mithali and Jhulan to be at their best in order to win the upcoming Women's World Cup in 2022, which begins in March in New Zealand. The lead up to the season-ending event will feature a limited-overs series between India and New Zealand.