'I still stand by what I tweeted, not scared of threats' - Veteran wrestler Babita Phogat to critics 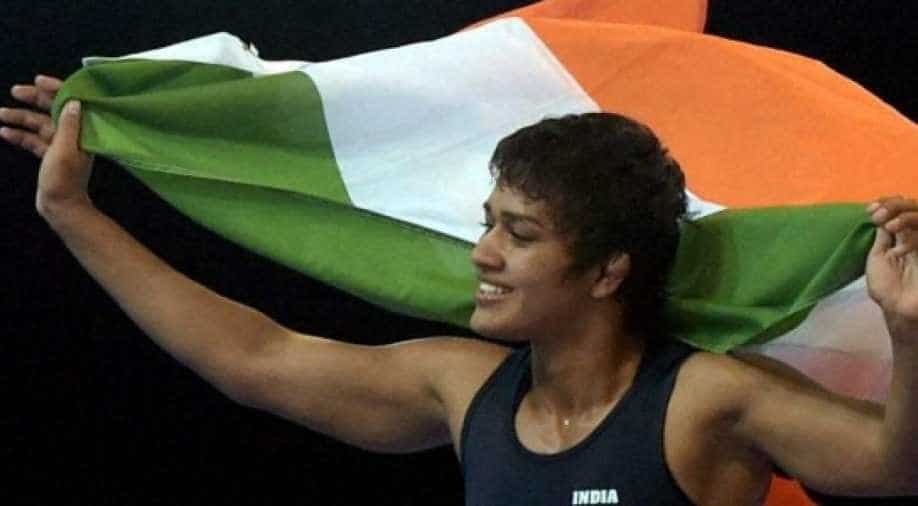 Veteran Indian wrestler Babita Phogat, while reacting on the controversy following her recent tweets, said that she is not afraid of speaking her heart. Phogat revealed she has been receiving threats and hate messages on various social media platforms following her tweets in the last couple of days but will "continue to write what’s right and speak the truth".

Veteran Indian wrestler Babita Phogat has been on the line of fire for posting a couple of controversial tweets slamming the much-talked-about ‘Tablighi Jamaat’ and terming them as the reason behind the spread of COVID-19 in India. While Phogat has received support from many for her ‘on your face tweets’, others have slammed the wrestler while asking for the suspension of her Twitter account. Babita has received support from various athletes like her sister Geeta Phogat, Yogeshwar Dutt, Bajrang Punia, Manu Bhaker, among others. Whereas, many social media users termed her tweet as 'anti-muslim'.

Babita on Friday, reacted on the controversy as she took to social media platform Twitter to post a video, where the multi-time Commonwealth Games medallist stated that she is not afraid of speaking her heart. Phogat revealed she has been receiving threats and hate messages on various social media platforms following her tweets in the last couple of days.

The veteran wrestler, who won a gold medal in 2014 Commonwealth Games, clarified that she didn’t write anything about a particular religion or community and specifically mentioned ‘Tablighi Jamaat’ as she added "had it not been for them, India would have defeated the coronavirus pandemic."

“My greetings to all my countrymen. I had posted a tweet few days ago after which many people have been sending me all sorts of messages on Facebook, Whatsapp and Twitter. Some people have also threatened me on the phone. My message to all those people is, I am not Zaira Wasim to get scared and sit at home. I am Babita Phogat – have always fought for my country and will continue to do so,” Babita said in the video.

“I would want to ask all of you – isn’t Tablighi Jamaat the most discussed topic at the moment. Aren’t they responsible for spreading Coronavirus in different parts of the country? I still stand by what I tweeted. I did not write about any religion or community. I have specifically written about Tablighi Jamaats, as if it had not been for them, not only would the lockdown have been lifted, but India would have defeated Coronavirus by now. So all those people who are not used to hearing the truth, they should learn to do so as I would continue to write what’s right and speak the truth,” she added.

The tweet by Babita went viral in no time as she received a mixed response. A couple of hashtags - #ISupportBabitaPhogat and #SuspendBabitaPhogat – were trending on Twitter as her tweets became a topic of heated discussion on the social media platform.

Meanwhile, the death toll due to coronavirus rose to 437 and the number of cases to 13387 in the country on Friday, according to the Union Health Ministry.