'How are you coping your end': ICC-Wimbledon Twitter banter is unmissable 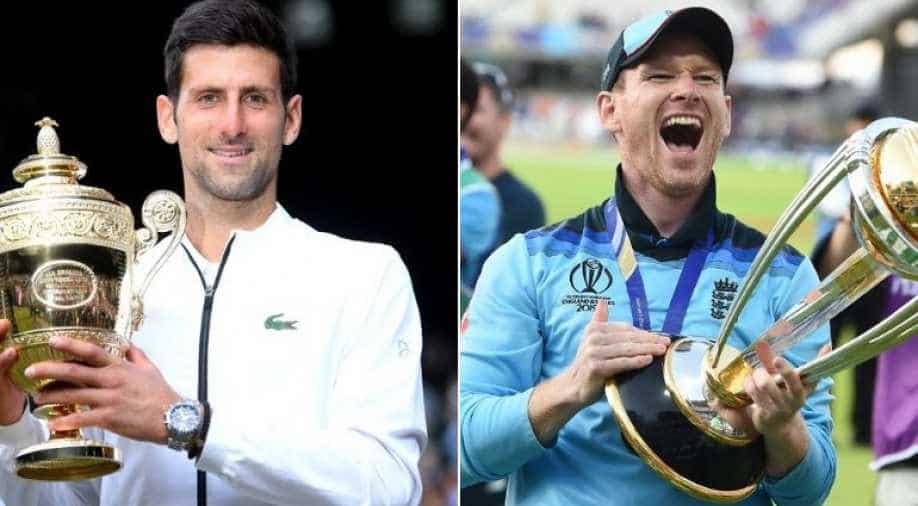 The final match of ICC Men's Cricket World Cup between England and New Zealand at Lord's and the Wimbledon men's singles final between Roger Federer and Novak Djokovic went down to the wire.

England won the title after a dramatic Super Over. England was announced as the winner as they had hit more boundaries in the match.

At four hours and 57 minutes, it was the longest Wimbledon final and the first to be settled by a final set tiebreak.

Spectators and fans across were glued to the edge of their seats, waiting to find out the results of the nail-biting matches.

However, amid all the tesnsions, ICC and Wimbledon made complete use of the opportunity to find out how things are going for one another.

"Hello @ICC - how are you coping your end? #Wimbledon #CWC19Final," read a tweet posted on Wimbledon's official handle.

ICC's official handle was quick to respond to the enquiry, and wrote, "Things are a bit hectic here right now, we`ll get back to you #CWC19 | #Wimbledon | #CWC1FINAL".

Things are a bit hectic here right now, we'll get back to you 😅#CWC19 | #Wimbledon | #CWC1FINAL

Fans also reacted to to the banter and expressed their excitement. Here are some fan reations.

I can’t decide what to watch..

If you're asking the ICC, they'd probably tell you that you stretched that final too long. Just decide the champion on some silly statistic such as number of aces served, why bother having a clear winner?

How did you get your Duke and Duchess to watch tennis between a Swiss and a Serb and not England's best chance to win a world cup? Just how?

The sporting action did not end with these two events, as Lewis Hamilton won his sixth British Grand Prix on Sunday.