Holder Novak Djokovic safely into US Open second round 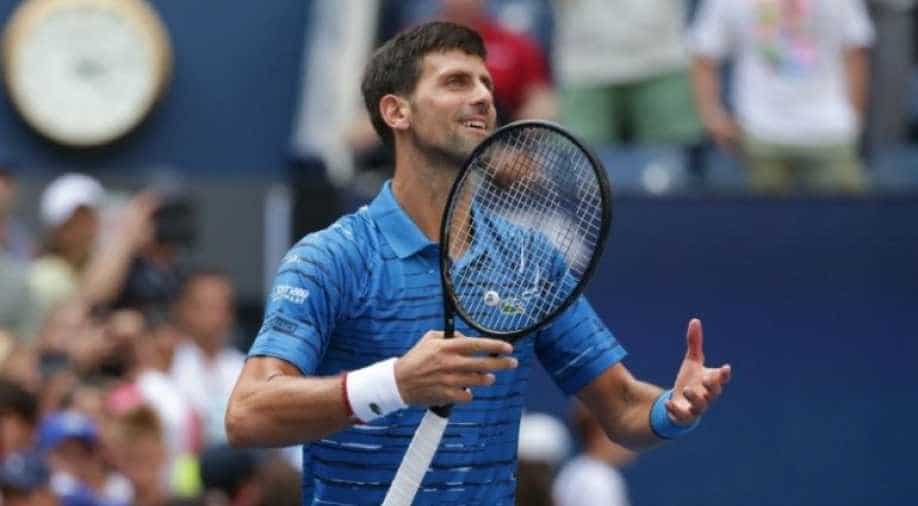 Novak Djokovic began his US Open title defence in style with a 6-4, 6-1, 6-4 win over Spaniard Roberto Carballes Baena in the first-round action on Monday.

The top-seeded Serbian, who has claimed four of the last five Grand Slam titles, took some time to settle in to his first career meeting with Carballes Baena but after a tight first set was off to the races.

"Obviously getting out of the block it takes a little bit of time to feel comfortable on the court," Djokovic, who beat Juan Martin del Potro in last year's final, said in his on-court interview.

"But we're moving on. Obviously it's not the first time to be in the second round so I know what I need to do."

Djokovic got an early break to go-ahead 2-0 in the second set and never looked back as the three-times champion used a mix of deft volleys, solid movement and great instincts to remain undefeated in 14 career first-round matches in New York.

Carballes Baena looked up for the task early on as he fought off a trio of breakpoints to hold for 1-1 in a game that lasted nearly 10 minutes.

The Spanish world number 76 kept up the fight and was serving at 4-5 in the opening set but Djokovic sent a backhand volley to an empty court to set up a pair of breakpoints and converted on his first chance.

Djokovic was never tested the rest of the way and did not face a breakpoint in the entire match.

"It's great to be back," Djokovic said. "I’m grateful that at this stage of my life and career I am still competing at a Grand Slam at a high level.

"We sometimes have to remind ourselves of these blessings."

Up next for Djokovic will be either American Sam Querrey or Argentine Juan Ignacio Londero.