Halle Open: Alexander Zverev tumbles out of quarters after defeat by David Goffin 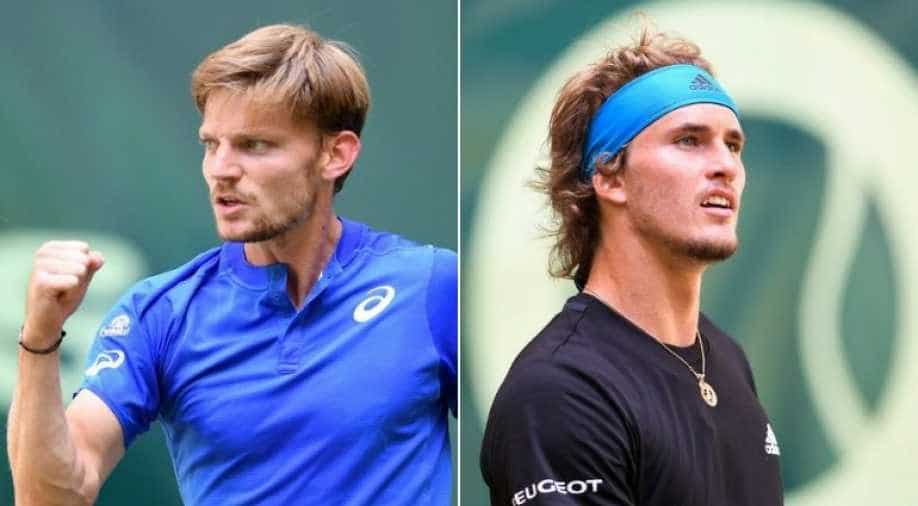 World number four Alexander Zverev's quest for a first title at the Halle Open came to a grinding halt as the two-times runner-up was stunned 3-6, 6-1, 7-6(3) by David Goffin in the quarter-finals on Friday.

Although Zverev fired 14 aces in the match, his erratic serve was on display at the Gerry Weber Stadion as the 22-year-old made nine double faults to lose to Goffin for the first time in three meetings between the pair.

Goffin had a chance to seal the match in the third set at 5-4 but Zverev saved two match points to take it to a tiebreak, where the Belgian triumphed after winning all his service points.

Later, Roger Federer survived a mid-match scare to get past Spaniard Roberto Bautista Agut 6-3, 4-6, 6-4 and reach the last-four at Halle for a 15th time as he chases a 10th title in the tournament.

Up next for Federer is Frenchman Pierre-Hugues Herbert who progressed after defending champion Borna Coric was forced to retire from their quarter-final after dropping the opening set 7-5 due to a suspected back injury.