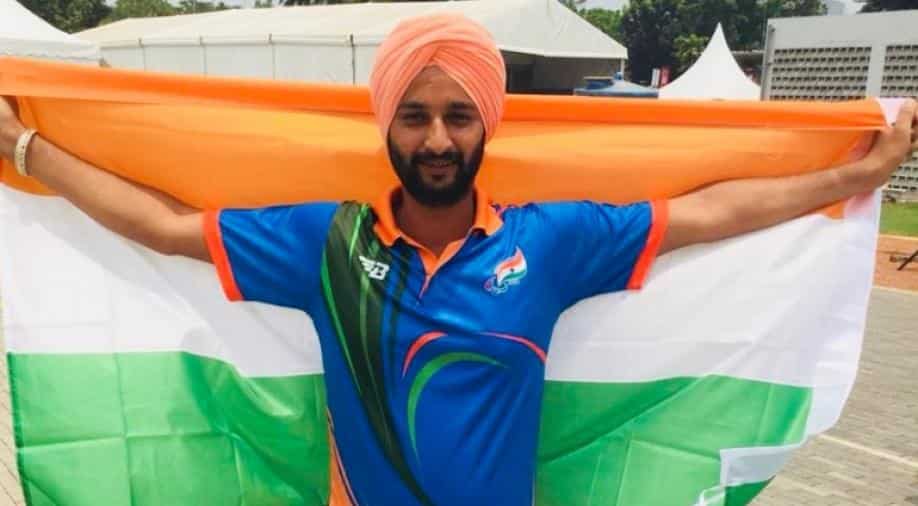 Archer Harvinder Singh notched up the men's individual recurve gold, while track-and-field athletes added a silver and a bronze to India's tally in the Asian Para-Games here on Wednesday.

The W2 category of impairment covers athletes with paraplegia, diplegia or double leg amputation below the knee, requiring wheelchair. The ST category is for archers with limited impairment and who may take aim without having to need a wheelchair.

In the track and field events, Ghangas claimed his silver with a throw of 35.89m, an effort which he managed in his third attempt.

He finished behind Iran's Olad Mahdi, who came up with a new Asian as well as Games record throw of 42.37m.

In shot put, Yasser's throw of 14.22m got him the bronze behind Kazakhstan's Mansurbayev Ravil (14.66m).

The gold in this event went to China's Wei Enlong, who established a new Games record with an effort of 15.67m.