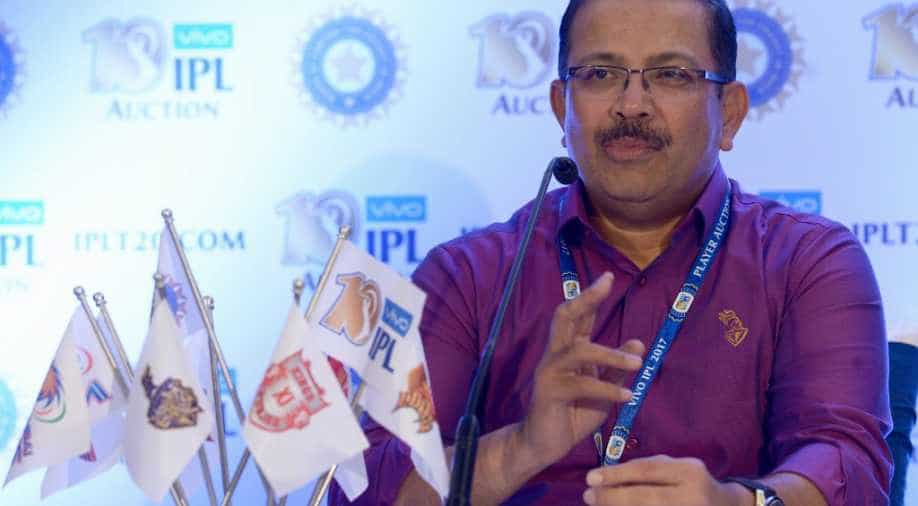 Kolkata Knight Riders CEO Venky Mysore on Wednesday said that getting players ready after a long lockdown will be one of the biggest challenges his support staff will face.

Kolkata Knight Riders CEO Venky Mysore on Wednesday said that getting players ready after a long lockdown will be one of the biggest challenges his support staff will face.

The Indian Premier league, which was scheduled to start on March 29, stands indefinitely postponed due to the COVID-19 pandemic. The BCCI is looking at the September-October window for hosting the cash-rich tournament.

"These are unusual times. One of the challenges which was identified by support staff during these unusual times is how to get players ready as they have gone completely cold," Mysore said in a webinar organised by FICCI.

Countries all across the world started going into lockdown mid-March to stem the growth of the cornavirus outbreak.

All sporting action including international and domestic cricket was either called-off or postponed, leaving the players to rely on home workouts to keep themselves fit.

"The support staff and back staff are all ready. A lot of discussions have happened from a support staff point, from a team stand point, on what we have to do," Mysore said.

"So a lot of one on one conversations are happening to get the players ready despite some of the limitations like not even having access to a gym. There is a lot of enthusiasm. We'll all be tested but I think is cautiously optimistic."

Even when sport resumes, matches will be held inside empty stadiums with no fans. Asked about players playing behind closed doors, Mysore said the stakeholders have an interesting opportunity in hand.

"This is a huge opportunity. The barriers that a stadium used to offer in terms of capacity to now when we can open it up to the universe.

"Now fans can have virtual presence, now we have to think in a different paradigm. Crowd noise can be real with the virtual presence of fans there. We have an interesting opportunity in hand," he added.