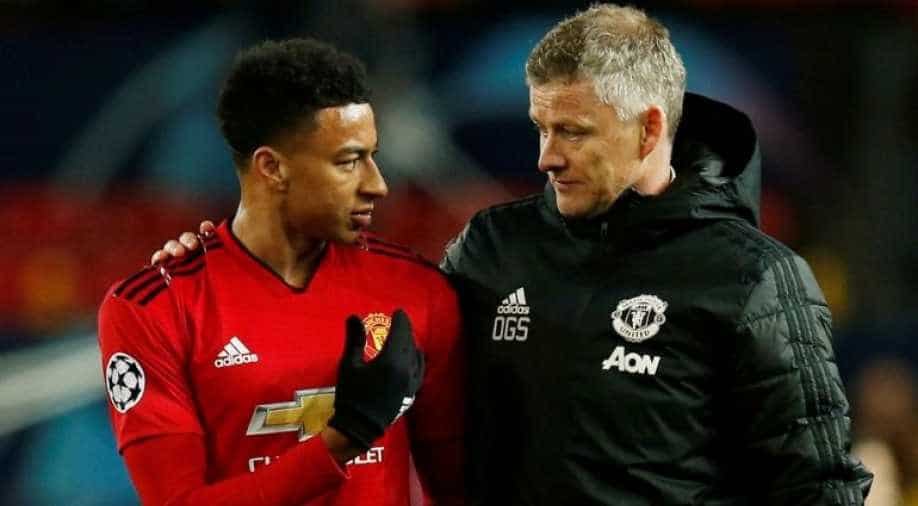 Speaking to a conference of coaches and sports scientists in Manchester, Neville said there was a danger of older people in the game appearing out of touch

Former Manchester United captain Gary Neville has urged coaches and managers to accept their players will use social media but said players should take stock of whether their videos will create a positive impression.

United midfielder Jesse Lingard has recently been criticised for videos filmed in his hotel bedroom and posted on Instagram while on holiday in Miami Beach with teammate Marcus Rashford.

Neville, who won eight Premier League titles with United under Alex Ferguson's management and is now a pundit for Sky Sports television, said there was little point in coaches opposing social media use.

Speaking to a conference of coaches and sports scientists in Manchester, Neville said there was a danger of older people in the game appearing out of touch.

"The idea of a guy dressing up, dancing, on social media, what we would say looking a 'bit of a prat' and not winning football matches, not playing that well, is a really bad cocktail.

"But then on the other side of it you think – he is giving his all, he is a young lad, social media now is the modern form of media, so us old bastards – get over it, get over it."

Neville said that with the decline of traditional newspapers, players were inevitably going to be drawn to online and social media.

"The way in which players communicate with fans is through their social media accounts, it's never going to change, don’t try to stop it, maybe create some frameworks, some perimeters to work within.

But Neville said that players such as Lingard needed to consider carefully what kind of content they put out to their followers.

"I would like to think that someone is ringing him up this morning and explaining to him that that isn’t really going to help him," he said.

"He looks like he works really hard in every single game I have seen him. Why would you do something that is potentially going to bring you criticism?

"Ask yourself a few questions before you do things. If the answers come up negative then it’s probably best not doing it. It is just having that sort of mindset," he added.

Neville said social media antics of the modern player were "absolutely a lesser evil" than players who in the past drank heavily during the close-season and returned to pre-season training out of shape.

“These players today run faster, they eat better, they drink less alcohol. They’re all running 13, 14km a match, some of them are running 1500m at high intensity and 20 years ago Gary Neville and his team mates weren’t doing that."