Gareth Bale to stay after helping Madrid to win at Celta Vigo: Zidane 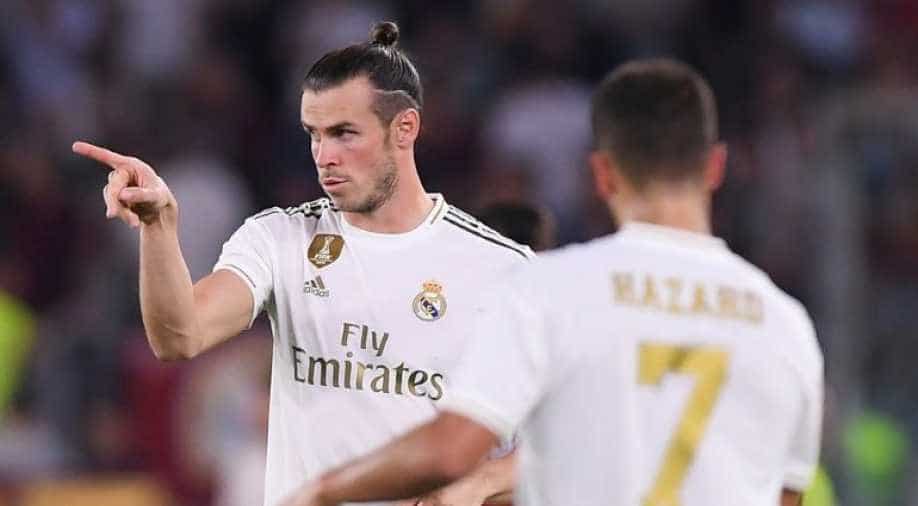 Coach Zinedine Zidane said Gareth Bale will remain at Real Madrid this season after the Wales forward produced an inspiring performance in a 3-1 win at Celta Vigo on Saturday after a summer of uncertainty.

Bale created Madrid's opening goal, which was scored by Karim Benzema, with a superb change of pace down the left wing and was a constant threat to Celta while he also contributed to Madrid's defensive work.

Toni Kroos later stretched the visitors' lead with a superb strike after Luka Modric had been sent off for Madrid, while Lucas Vazquez added a third later on.

Bale was not expected to stay in the Spanish capital this season after a tense stand-off with Zidane during pre-season, with the coach openly stating Bale was set to leave and even remarking: "If he leaves tomorrow, all the better."

He was reported to be on the verge of signing for Chinese club Jiangsu Suning in July but the move was called off and his chances of holding down a place in the team increased after fellow forward Marco Asensio sustained a serious knee injury.

When new arrival Eden Hazard was ruled out for three weeks after picking up a muscle problem on Friday, it again boosted Bale's chances of playing.

However, Zidane said he had always intended to pick Bale against Celta and added the forward would not leave the club any time soon.

"He's going to stay and we all have to think of that as a positive thing," Zidane told a news conference.

"We have to focus on this season and nothing else. The injury to Hazard was bad luck for us but it didn't change the plans we had for Bale in this game. Gareth and everyone else here is going to show this shirt the respect it deserves."

Madrid goalkeeper Thibaut Courtois also praised Bale's performance and credited his side for making such a strong start to the campaign after a worrying run of results in pre-season.

"We weren't surprised at all when Bale was named in the team because the boss counts on every single player and then decides the starting 11. Gareth played an outstanding game," he said.

"We worked hard in pre-season but results didn't go our way for different reasons, but the season starts with the first game, not before.

"We played very well in the first half then in the second we fought hard together with a man down."