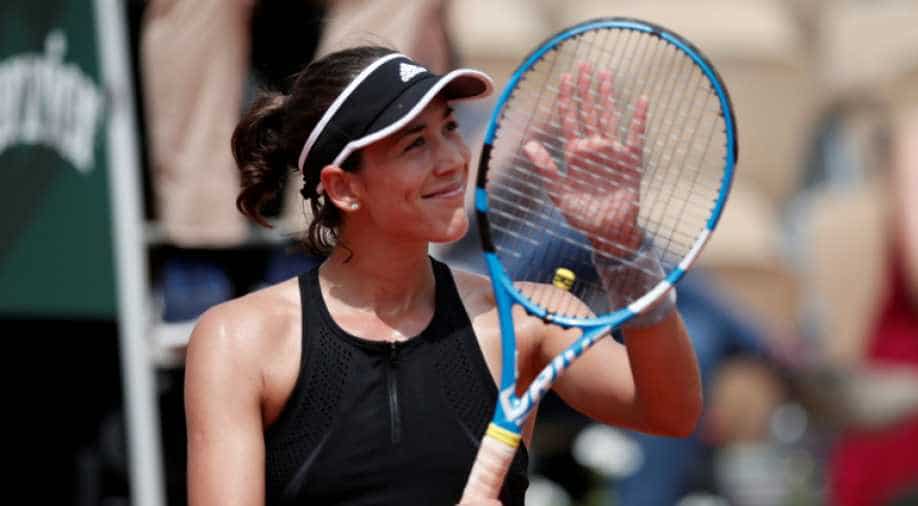 Garbine Muguruza cruised past French wildcard player Fiona Ferro 6-4 6-3 on Thursday, booking her place in the French Open third round.

The Spaniard sealed the match with a whipped cross-court forehand, though for much of the match the number three seed struggled to find her rhythm and range on the forehand.

Muguruza, who won at Roland Garros in 2016 and heads to Wimbledon this year as defending champion, had not played 21-year-old Ferro before Thursday's encounter.

"She's young and she's talented," Muguruza said in a post-match interview on court Suzanne Lenglen. "These matches are very difficult."

Muguruza arrived in Paris as one of five women with a chance of claiming the world number one spot.

"All I want is to go out there, compete & win. I'm happy with fighting, do whatever I can, to eventually win the point. That's all that matters. If you play good & beautiful, everybody feels better, but at the end just counts the result."@GarbiMuguruza is a fighter.#RG18 pic.twitter.com/9jeVINbkgn

Her form leading up to the clay-court Grand Slam was mixed, exiting the Madrid Open in the third round and suffering a defeat in her opening match of the Rome Open. But she said she felt good in Paris.

"The French Open is the tournament for me. My body is good and my tennis is following," she said.

Muguruza hit 26 winners and 23 unforced errors, often over-cooking her forehand from the baseline.

She eases into the third round for the fifth consecutive year and will face the winner of the match between 2010 French Open runner-up Samantha Stosur of Australia and 30-seed Anastasia Pavlyuchenkova of Russia.