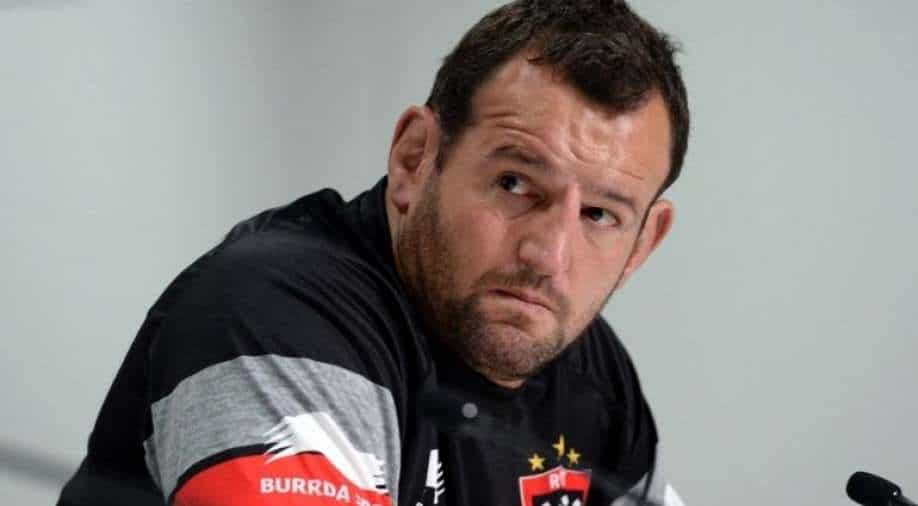 Former New Zealand rugby player Carl Hayman is another name to be diagnosed with early-onset dementia among many former players.

Former New Zealand prop Carl Hayman has been diagnosed with early onset dementia at the age of 41, shining the spotlight on concussion-related illness in former rugby players.

Hayman, who played the last of his 45 tests at the 2007 World Cup, revealed to New Zealand sport website 'The Bounce' he had also has been diagnosed with probable chronic traumatic encephalopathy (CTE).

"I spent several years thinking I was going crazy. At one stage that's genuinely what I thought," Hayman said.

"It was the constant headaches and all these things going on that I couldn't understand."

Hayman, whose playing career ended six years ago with French club Toulon, struggled with alcohol abuse in recent years and was given a suspended prison sentence in France in 2019 after admitting to charges of domestic violence.

He has joined a class-action lawsuit being prepared by former players alleging rugby federations, including global governing body World Rugby, failed to protect them from the risks of concussion.

Many former rugby players have been diagnosed with permanent brain damage, early onset dementia, depression or symptoms and signs of CTE, which can only be diagnosed after death.

World Rugby has introduced stricter concussion protocols in recent years and in July said it would partner with independent healthcare experts, unions and player associations to offer brain health care to former players as part of a new welfare plan.

Hayman said he had hesitated before accepting offers to have his brain tested for damage.

"I um`d and ah`d for about 12 months about whether I`d do anything about it and find out if something was wrong with me, or whether I would just get on with life and hope for the best," he said.

"It would be pretty selfish of me to not speak up and talk about my experience when I could help a guy in New Zealand perhaps who doesn`t understand what`s happening to him and has no support network to lean on."