Football: Liverpool are back where they belong, says Klopp after Champions League quarter-finals spot 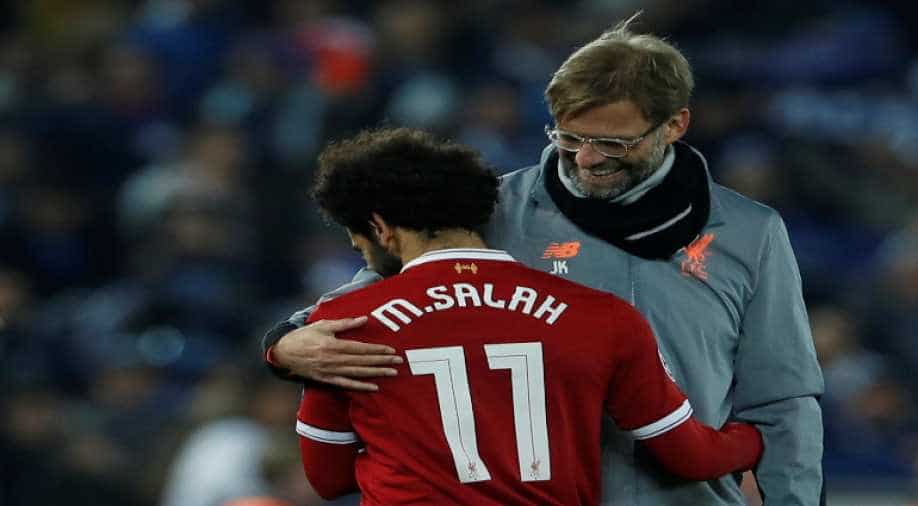 Liverpool reached the Champions League quarter-finals for the first time in nine years on Tuesday, with a 0-0 second leg draw at Anfield earning them a 5-0 aggregate win over Porto, and manager Juergen Klopp said the club were back where they belong.

The last time the five times European champions reached this stage of Europe's elite club competition was in 2009 when they went out to Chelsea in a dramatic 7-5 aggregate defeat.

"It feels good to be honest, feels really good. I cannot feel like people who waited so long for it, but it feels good," said Klopp, who made clear that he expected more.

"Last eight is cool. (But) we're not a little bit satisfied to be honest. I think it was time that we showed up again," he said.

Klopp, who took his previous club Borussia Dortmund to the Champions League final in 2012, losing to Bayern Munich, said reaching the last eight highlighted the progress at Anfield.

"There is a good development in Liverpool at the moment, it is a nice moment, but if you don’t show up in a competition like the Champions League then no-one realises it," he said.

"So I am happy for all the people involved that we made that step. It's done, it's good and now let's go and carry on."

Klopp is in his third season at the Merseyside club and said this year's progress in Europe was about in line with his expectations for the team's improvement.

"This year we belong there to be honest, it should not be a big surprise and the next round will be very difficult, there are seven other very good teams involved, so maybe five or four are from England, it doesn't make it easier to be honest.

"But I think we will have a chance for sure to go to the semis, that is of course the target. I think we are in time."

Porto manager Sergio Conceicao feels Liverpool, who last won the Champions League in 2005, have what it takes to go all the way again.

"Liverpool are definitely one of the teams that can win this year, they are really strong and everyone knows that," said the former Portugal winger.