Football: Crystal Palace manager Roy Hodgson to step down at end of season 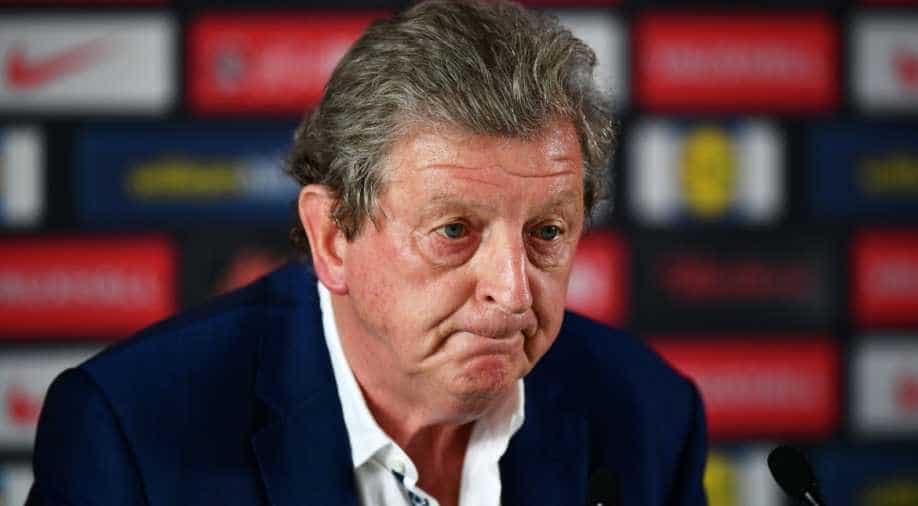 Crystal Palace manager Roy Hodgson will leave the club at the end of the season after deciding to step down from top-flight football, the 73-year-old confirmed on Wednesday.

Crystal Palace manager Roy Hodgson will leave the club at the end of the season after deciding to step down from top-flight football, the 73-year-old confirmed on Wednesday.

The much-traveled Hodgson joined Palace in September 2017 and has kept them in the Premier League for four seasons in a row. His assistant, Ray Lewington, is also leaving, Palace said.

Hodgson's final game in charge will be against Liverpool, one of his former clubs, at Anfield on Sunday.

"After more than 45 years of coaching I have decided that the time is right for me to step away from the rigors of top-flight Premier League football," Hodgson said.

"It's been a particularly rewarding period of my football life and career to have been able to spend these last four seasons with Palace.

"I feel now that at the end of another successful season, in which we have secured our Premier League status, the moment is right for me to step down from my responsibilities of being a full-time manager."

Hodgson's coaching career began in 1976 in Sweden and he went on to manage the likes of Inter Milan, Malmo, Blackburn Rovers, Liverpool, West Bromwich Albion, Fulham, the Swiss national team, and England.

He took England to the Euro 2012 Championship and the 2014 World Cup finals but left after his side were knocked out of Euro 2016 by Iceland.

While Hodgson has won no silverware in England he took Fulham to the Europa League final in 2010.

"It has been an absolute privilege and pleasure to work alongside Roy, who is both a magnificent human and an outstanding football manager," he said.

"His record with us simply cannot be overstated, he is the only Palace manager to secure four years in the Premier League and he has helped give us stability in the most turbulent of times. We'll be forever grateful for his immense contribution."

Hodgson's last home game in charge of his boyhood club will be on Wednesday when 6,500 Palace fans will be allowed in to say a fond farewell to one of the game's greatest servants.

While saying he is stepping away from top-flight football, Hodgson did not rule out remaining in the game.

"I have had so much support from my wife and family throughout my career and I have been contemplating this decision for some time, and now I believe the time is right to consider them and to see what the future holds for me," he said.

The 42-year-old former Chelsea boss Frank Lampard is one of the early favorites to be named as Hodgson's successor.