Exclusive! Cristiano Ronaldo is a leader, Man Utd youngsters should learn from him: Dimitar Berbatov 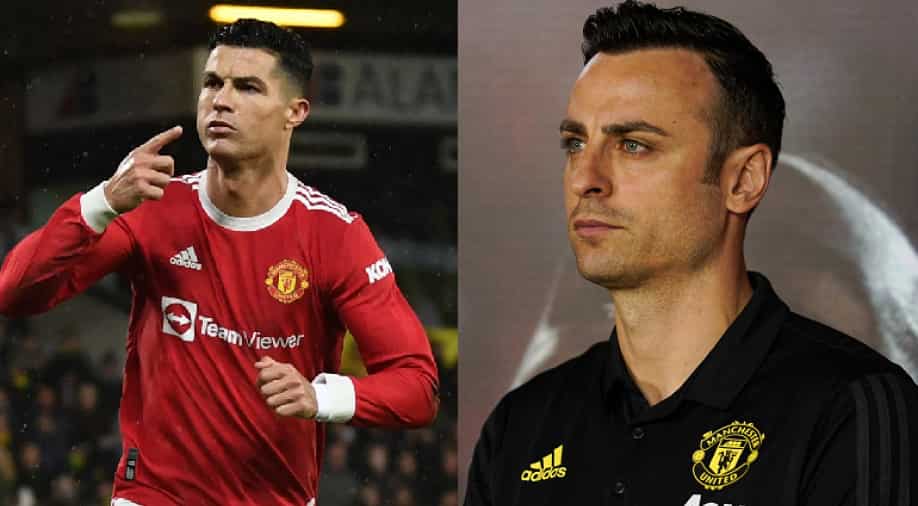 Berbatov believes Ronaldo is a leader both on an off the pitch and should be utilised well by Man United. Photograph:( AFP )

Former Manchester United striker Dimitar Berbatov has reacted to the reports of Cristiano Ronaldo's arrival creating an imbalance in the current United squad. He also spoke about the importance of nourishing young talent for the betterment of Indian football.

Cristiano Ronaldo's arrival at Manchester United at the beginning of the ongoing season was seen as the start of something special at Old Trafford. Having finished second just behind arch-rivals Manchester City last season, United were tipped to take the season by a storm with a squad full of some of the best talents in the league.

United started the season brilliantly with big wins in the Premier League against Leeds United and Newcastle before making a winning start in the Champions League as well. United were looking right on track before results started to go downhill against former manager Ole Gunnar Solskjaer. The club legend was asked to leave following a humiliating 4-1 defeat against Watford.

United were 12 points behind league leaders Chelsea when Solskjaer was sacked. The Norweigan has been replaced by German coach Ralph Rangnick, who has been appointed as an interim manager by United and will serve in a consultancy role for a further two years. United enjoyed a great run of games under Rangnick before suffering their first defeat in his reign against Wolves in the Premier League.

There were reports of discontent in the United dressing room following Ronaldo's arrival at his old club while some experts also claimed the Portuguese has created an imbalance in the squad. At 36, Ronaldo might not be the prolific goal-scorer that he was in his peak but still is one of the fittest footballers in the world and has been among the goals consistently for the Red Devils.

Former Manchester United striker Dimitar Berbatov rubbished the claims of Ronaldo bringing imbalance to the United squad and said the Portuguese legend is a leader on and off the field.Berbatov, who spent a year playing with Ronaldo at United, said the youngsters at the club should try and learn from the 36-year-old, who has won everything there is to be in club football and is still going strong at the age of 36.

"This is something you always hear in football. When a superstar, a legend, one of the best ever comes to a team the focus immediately shifts on him. Whether he plays well, scores goals or not, the spotlight will always be on Cristiano. But I don't agree he has brought imbalance in the squad," Berbatov said in an exclusive interview with WION.

"When you have someone like him, you need to find a way to get the best out of him. Young players should take advice from him, check how he trains and prepares. I spent a year with him at United and I know how professional he is.

Sometimes he will not play, when he is rested but when he plays he scores goals and draws defenders towards him and makes free spaces for other forwards. He is a bonus player to have and I hope they will continue getting the best out of him not only on the pitch but the dressing room too because he is a leader," he added.

United have endured a difficult phase in the Premier League recently but have managed to bounce back well and are currently in a comfortable position to finish in the top four. United have 38 points from 22 matches so far this season and are placed fourth on the points table with two games in hand to close the gap on 3rd-placed Chelsea, who have 47 points in 24 matches.

Berbatov believes United are in a decent position at the moment in terms of bagging a top-four finish this season and that Rangnick has done a good job in his time so far at the club as an interim manager.

"I think at the moment they (United) are in a great position because they are close to the teams in the top four. They have two games in hand as well to play which is a great situation for them," said the Bulgarian, who scored 48 goals in 108 appearances for United.

"Yes we have not managed to win the league in the years after Sir Alex Ferguson but let's not forget that was Sir Alex Ferguson, 25 years in charge and it's very difficult to replace the man.

But this season, I have the feeling that slowly but surely we will be in a better position than the last season. Ralph Rangnick is now in charge and he has a job to do, which at the moment I think he is doing okay. Ronaldo is also in the team, it's tough but as I said before in the coming games if we can manage to win 1-0, 1-0..which is a champion's result then they can climb higher this season," he added.

The Bulgarian, who played for Kerala Blasters in the Indian Super League (ISL) for one season, believes Indian football has a long way to go. He has joined hands with the 'United we Play' initiative which aims to provide a platform to the young and budding footballers in India to play the game professionally and make a name for themselves.

Berbatov believes the development of young players at the grassroots level can help Indian footballers bridge the gap and play in the elite European leagues in the future.

"I think when you have young talent, and you spend time to develop them then it's only natural and fair to give them a chance to show what they can do in the men's team (Indian team)," said the former Manchester United striker.

"With the United We Play initiative we try to give them that platform. You basically say, we trust you, we want you to develop your skills and hopefully one day you can go on to play for the teams you want to play for. Indian football can benefit a lot from grassroots development and some of these players can make a jump to the European leagues soon," he added.