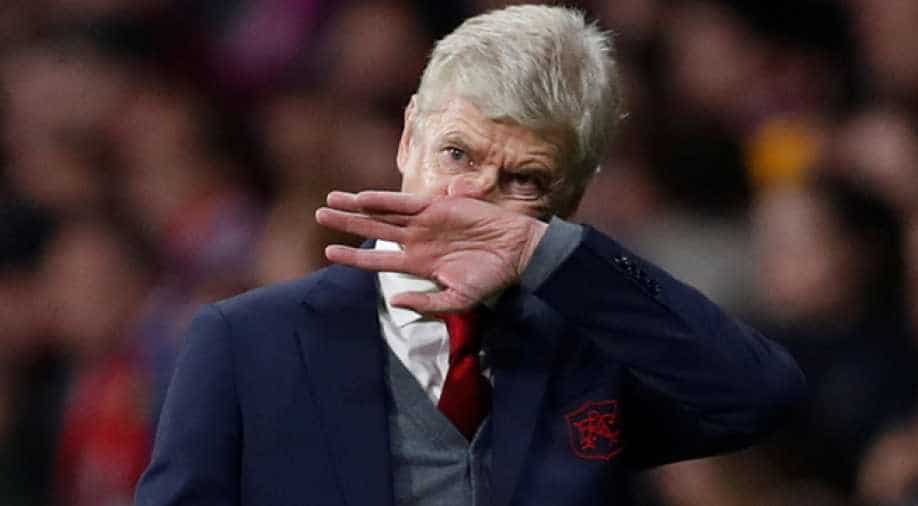 Arsenal manager Arsene Wenger was sad and frustrated after missing out on the Europa League final. Photograph:( Reuters )

Atletico won the tie on a 2-1 aggregate advantage

Atletico victory was sweeter as coach Diego Simeone sat out the match after being banned for his rant at the Emirates but Argentine assistant German 'Mono' Burgos did not let things slip.

Atletico won the tie on a 2-1 aggregate advantage and will now take on Olympique de Marseille in the final at Lyon on May 16th.

The Spanish side controlled the match for most parts as Arsenal without Koscielny struggled against Costa and  Griezmann's star power.

Arsenal were dwelt a huge blow after French international Laurent Koscielny was carried off the field with a suspected Achilles tendon injury.

"A very intense game between two teams that who gave absolutely everything. I would say the team who won tonight is Atletico Madrid, congratulations to them, good luck in the final," Arsenal coach Wenger said after the match.

"I would say the winner of tonight's game is a clear favourite to win the competition," the outgoing Arsenal coach added.

"These kind of games write history and obviously stadiums begin to become a stronghold with important triumphs and decisive moments of the teams at certain stages," Atletico coach Diego Simeone said, adding,"today, from where I had to view it I could felt what a fan feels. It is an extraordinary stadium."

In the other semi-final, Olympique de Marseille's defender Rolando helped his team clinch the final berth by striking late in extra time to set up victory over Salzburg in the second leg of their Europa League semi-final on Thursday.

Olympique de Marseille went through with a  3-2 on aggregate after a spirited Salzburg won the second leg 2-1.