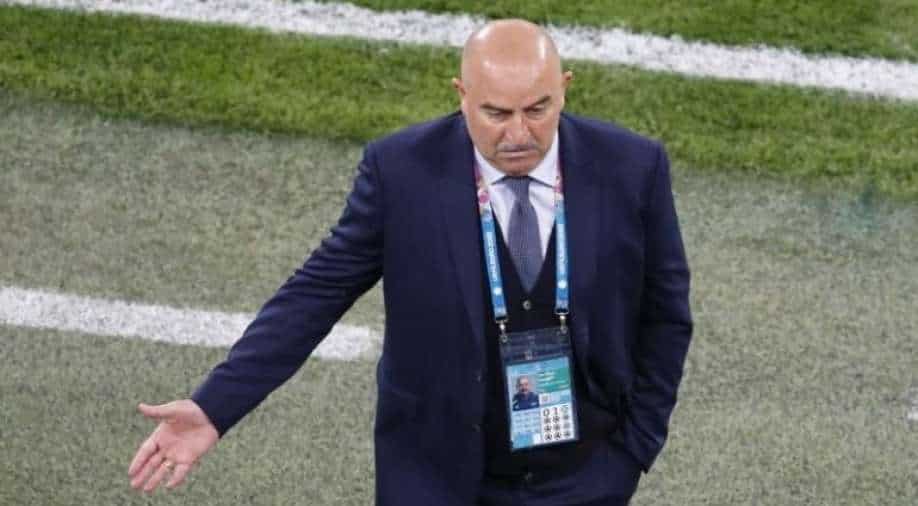 Cherchesov said his players were demoralised by Romelu Lukaku's early goal and struggled to regain their composure.

Russia will look to turn the page and forget about a stinging 3-0 loss to Belgium in a tepid performance on home turf, manager Stanislav Cherchesov said after Saturday's match.

Russia face long odds to progress from Group B, with inexperienced goalkeeper Anton Shunin and a lack of depth that often renders the team powerless against strong opposition.

"We are still in the tournament," Cherchesov told reporters "We chose our system, which worked partially but then started to break down. The Belgians scored and then it was difficult to get the ball off them."

Cherchesov said his players were demoralised by Romelu Lukaku's early goal and struggled to regain their composure.

"We would have wanted a better match, both in terms of result and performance," he said.

Despite missing midfield talisman Kevin De Bruyne, Belgium's attack toyed with Russia in a match that highlighted a big gap in quality between the two sides.

Confusion and sloppiness prevailed in Russia's defence, which collapsed under pressure from Belgium's forays as Thomas Meunier and Lukaku added further goals.

Russia's defeat coincided with a public holiday, souring the mood at the start of a three-day weekend.

Cherchesov said Russia needed to regroup before Wednesday's match against Finland, the surprise qualifiers who beat Denmark 1-0 playing in their first major tournament.

"We will get out of the situation," he said. "We put ourselves there, so now we must find a way out."