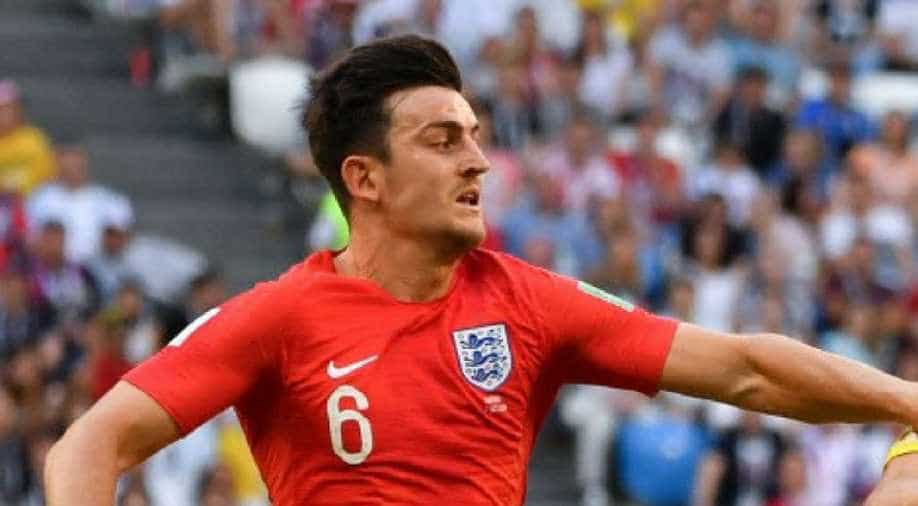 The United captain missed their last five games of the season including the Europa League final, where they lost to Villarreal.

England centre back Harry Maguire said he is fit and available to face Scotland in Friday's Group D match at the European Championship after missing the opener due to an ankle ligament injury.

Maguire has been out for more than a month after picking up the injury in Manchester United's 3-1 Premier League win at Aston Villa on May 9.

The United captain missed their last five games of the season including the Europa League final, where they lost to Villarreal.

The 28-year-old was replaced by central defender Tyrone Mings in England's 1-0 win over Croatia at the weekend.

"I feel good," Maguire told British media on Wednesday. "I'm back available, I've been training and I'm looking forward to it.

"Obviously, the injury was a setback club football-wise. Internationally I wanted to come into this with a lot of games under my belt with full fitness.

"I've done a few sessions now and feel like my fitness is there, so I'm available for the game."

Maguire said he may have to play through some pain as he returns to full fitness.

"I'm sure it will niggle me for a few weeks and months," he said. "I haven't had an ankle injury before, but from speaking to players and physios, I'm sure it will be niggling.

"But as long as it's stable and the pain is bearable, then I'm sure I'll be fine."