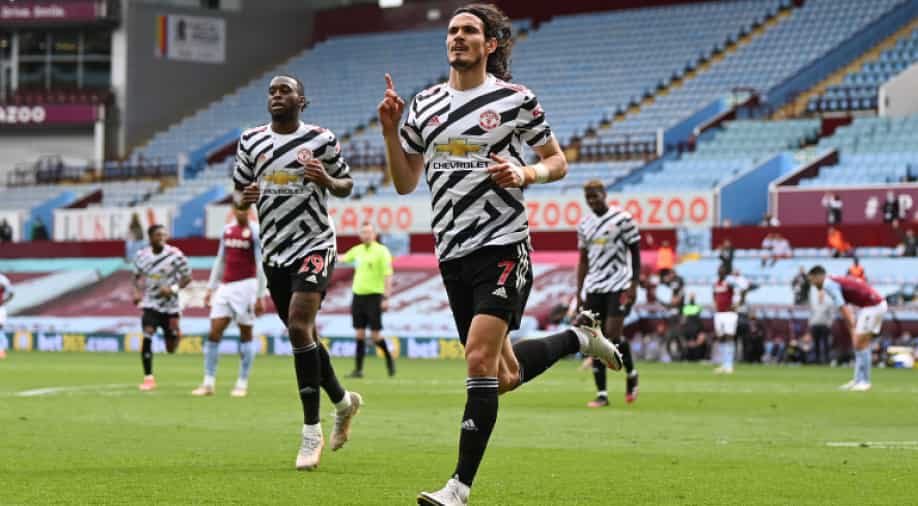 Free-agent Cavani arrived at United on a one-year contract in October with an option of another 12 months but was undecided about his future after a difficult start to life at the club after a social media faux pas resulted in a three-game ban.

The former Paris St Germain forward's father had said in March that the player was uncomfortable in England and wanted to return to South America, having held talks with Boca Juniors president Juan Roman Riquelme about signing for the club.

However, Cavani overcame his early issues to take his goal tally for United to 15 from 35 games in all competitions so far, with eight goals in seven matches including one in Sunday's 3-1 league win over Aston Villa.

"Over the season, I've developed a great affection for the club and everything it represents," Cavani said in a statement. "I feel a deep bond with my teammates and the staff who work behind the scenes here. They give me extra motivation every day and I know that, together, we can achieve special things.

In conversation with @ECavaniOfficial: sit back, relax and enjoy! 🍿#MUFC #Cavani2022

"From the very first moment I arrived, I felt the confidence of the manager. As a player, this belief gives you the perfect opportunity to play your best football and I want to thank him for that.

"I have been touched with how much the supporters have wanted me to stay, and I will give everything to bring them happiness and joy with my performances on the field. I've not yet been able to play in front of the Old Trafford crowd and that is something that I cannot wait to do."