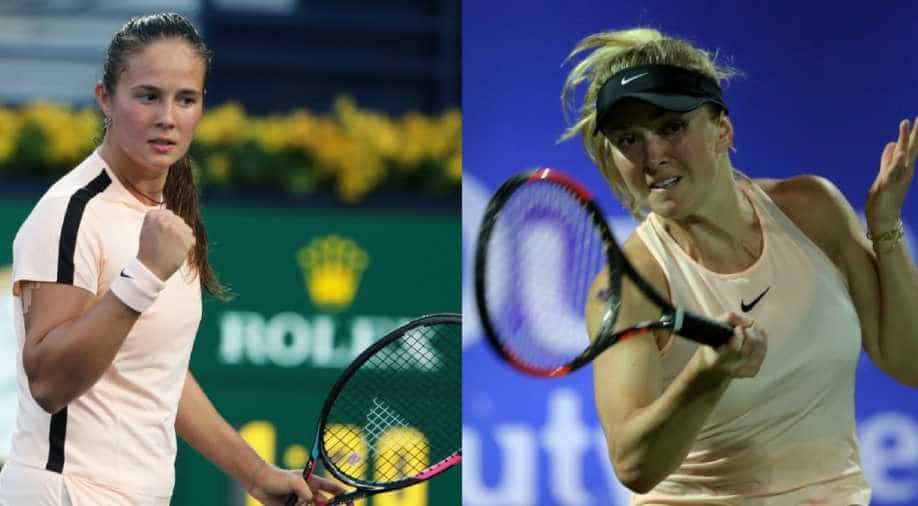 Elina Svitolina is set ready to meet Daria Kasatkina in the final of Dubai Championship on February 24 at 8:30 PM as Svitolina beat Angelique Kerber 6-3, 6-3 and in a stunner match, Kasatkina saw off Garbine Muguruza 3-6, 7-6 (13/11), 6-1, saving three match points in her semi-final which lasted two and a half hours to reach the finals. Svitolina is hoping to become just the third woman after Justine Henin and Venus Williams to win back-to-back Dubai titles.

"I'm very pleased to be in the final again," said Svitolina after her fifth consecutive victory over Kerber.

"It was a tough battle. I played well in the tight moments, I tried to focus only on what I had to do on court and let nothing else into my mind.

"It should be a good final, Daria is playing well, and she's won some tough matches."

"It was not my best day, I was trying to find my rhythm. But especially in my serve, I couldn't find it," the 30-year-old German said.

.@DKasatkina talks about the "fighting spirit" that got her across the finish line and into the @DDFTennis final. pic.twitter.com/ZpcdWz0ifb

"I was just trying to fight for every ball because Garbine, she's playing unbelievable," Kasatkina said.

"She's a very tough opponent. She's hitting so hard, playing so fast. I was just trying to do whatever I could.

"Before the match I was really, really tired. When you're going on court, the adrenaline is coming."

"You start to run, blood start to run into your body, that's it. You're just focused on every ball. The tired is somewhere, going somewhere."

Muguruza was aiming to become only the fifth player to reach both Doha and Dubai finals in the same season having lost to Petra Kvitova in Qatar last weekend.

"My game was fine. I feel I really struggled physically because I've been playing so many matches in a row. Today was very physical," Muguruza said.