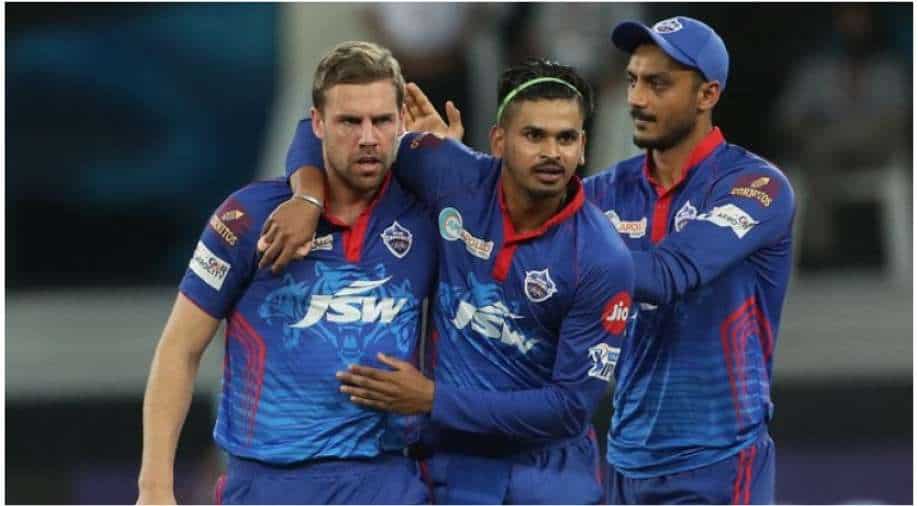 DC retained players: Some big names have been left out of the DC franchise such as Marcus Stoinis, R Ashwin, Avesh Khan, Shikhar Dhawan and their former captain Shreyas Iyer.

Over the years, the Delhi Capitals (DC) have become one of the most consistent sides in IPL history. While the IPL 2020 runners-up would've been eager to retain their core players, the Delhi franchise has gone ahead with four retained players. They are Rishabh Pant, Axar Patel, Prithvi Shaw and Anrich Nortje.

Hence, some big names have been left out of the DC franchise such as Marcus Stoinis, R Ashwin, Avesh Khan, Shikhar Dhawan and their former captain Shreyas Iyer.

DC co-owner Parth Jindal told the broadcasters after announcing the list, "It was heartbreaking. Absolutely heartbroken having to lose Shreyas Iyer, Kagiso Rabada, Shikhar Dhawan, R Ashwin. It is just unfair that you build up a team, give chance to youngsters, groom them but then you lose them after three years. I think IPL needs to look after it. But it is what it is. We are going to try and bring as many of the DC players back in the auction as we can."

For the unversed, DC have a total of 47.5 crores (475 million) in their purse heading into the IPL 2022 auction. Meanwhile, South Africa's speedster and DC's vital cog Nortje also reacted after being retained. "Really excited to be retained. Can't wait for 2022 to start. So far it has been an unbelievable experience so far and looking forward," said Nortje.

The franchise will now look to bring back as many players as they can, from their non-retained players, and also add some more valuable players in the IPL 2022 auction. The auction is likely to be held early in 2022.