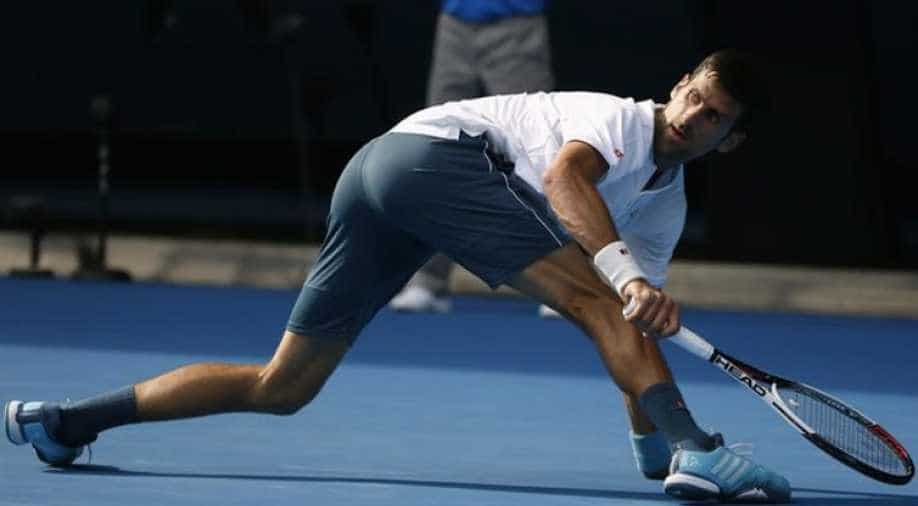 Novak Djokovic was beaten by Uzbek wildcard Denis Istomin in five sets in the second round of the Australian Open. Photograph:( Reuters )

Uzbek journeyman Denis Istomin pulled off an Australian Open upset for the ages on Thursday when he sent Novak Djokovic tumbling out of the second round of the grand slam the Serbian has all but dominated for the last seven years.

Istomin, playing in his trademark fluorescent yellow glasses and bandana, let out a huge roar when the 12-times grand slam champion Djokovic sent a service return long to end an enthralling contest after four hours and 50 minutes.

"All the credit to Denis for playing amazing, he deserved to win," said reigning championDjokovic after making his earliest exit at a grand slam since 2008.

"I was not pleased with my performance. It was just one of days when you don't feel that great and the other player is really feeling the ball. That's sport."

Istomin, who needed to go to the Asia-Pacific qualifying tournament just to get a wildcard for his 11th Australian Open, was stunned by his own performance.

"First of all I feel sorry for Novak. I was playing so good today," Istomin said in an on-court interview.

"So much emotion on my mind so I cannot hold it you know but I want to say thanks very much for coming to support me."

To say the odds were stacked against the 117th-ranked Uzbek was an understatement.

Second seed Djokovic had won all five of their previous meetings, giving up just one set, and had lost to a player ranked outside the top 100 only once since 2010.

Istomin knew he would have to play the best tennis of his life to have even a chance of victory and he produced it in a captivating arm-wrestle of a contest.

Charging out of the gate, Istomin hit seven aces and 27 winners in the opener, taking the match to the world number two and prevailing when Djokovic hit a return long on his third set point in a 13-minute tiebreaker.

The onslaught continued in the second set, Istomin moving the Djokovic around the court and smashing winner after winner off his forehand.

Djokovic shouted in frustration, watched his first service success rate slide into the 60th percentile and called for the trainer after feeling a twinge in the back of his leg.

The tide looked to have turned, however, when the Serbian scrambled to save two set points in the second stanza before breaking the Uzbek immediately and serving out to even up the contest.

Djokovic whipped through the third set in a relatively rapid 45 minutes but Istomin, by now nursing his left thigh with an ice-pack at every changeover, would simply not fold.

"I mean it was tough, since third set I get cramping in my leg so I don't know how I held on," added Istomin, whose reward for the biggest win of his career is a third-round meeting with Spaniard Pablo Carreno Busta.

Going for everything, the former world number 33 grabbed an early break in the fourth and, even after Djokovic broke back, raced to a 5-1 lead in the tiebreaker before sealing the set to send the match into a decider.

The crowd were expecting the famed Djokovic fight back in the final set but it was Istomin who ripped a backhand down the line to take an early break before playing some dazzling tennis to beat back every Djokovic assault and claim a famous win.