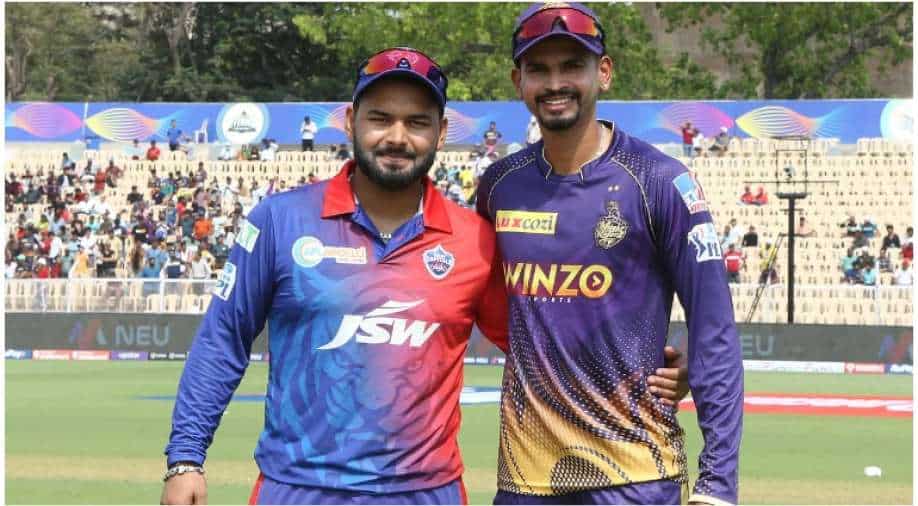 Match 41 of IPL 2022 edition will see the Delhi Capitals (DC) face Kolkata Knight Riders (KKR) as the race for the playoffs intensifies.

IPL 2022 has been a huge hit. Almost every game has gone down to the wire. With each passing day, the race for the playoffs is intensifying as all teams, sans Mumbai Indians (MI), are very much in contention for the last four spots. Amid this, Delhi Capitals (DC) take on a struggling Kolkata Knight Riders (KKR) in match 41 of the ongoing 15th season on Thursday evening (April 28).

Both teams have not had a great run in IPL 2022. Talking about the Rishabh Pant-led DC unit, they have been plagued with injuries, players' unavailabilities, Covid cases, and were hit by a no-ball controversy in their last encounter, versus Rajasthan Royals (RR). They are languishing at the seventh spot with three wins from seven games.

On the other hand, things haven't been smooth for the KKR franchise ever since they faced DC earlier this season. Prior to the DC clash, they had three wins from four games and have now lost four on the trot. Their bowling is an issue and many key players need to rise up and perform consistently (such as skipper Shreyas Iyer, Pat Cummins, Venkatesh Iyer, Aaron Finch, etc.).

Talking about the last time both sides faced each other, DC rode on openers David Warner and Prithvi Shaw's respective half-centuries to post 215-5. In reply, KKR were all-out for 171, losing by 44 runs. Kuldeep Yadav and Khaleel Ahmed did the job for Delhi with the ball in hand.

Match prediction for DC vs KKR clash: Given that both sides are in the bottom half, they will come hard against each other. Playing at Wankhede Stadium, Mumbai has been a tricky affair for sides. Earlier, teams batting second were winning easily before chasing became difficult (although Gujarat Titans pulled off a hiest versus Sunrisers Hyderabad yesterday). DC will be hoping for Mitchell Marsh and Anrich Nortje's return. With their bowling being better than KKR at present, they have an edge. Above all, toss will remain crucial at the Wankhede.