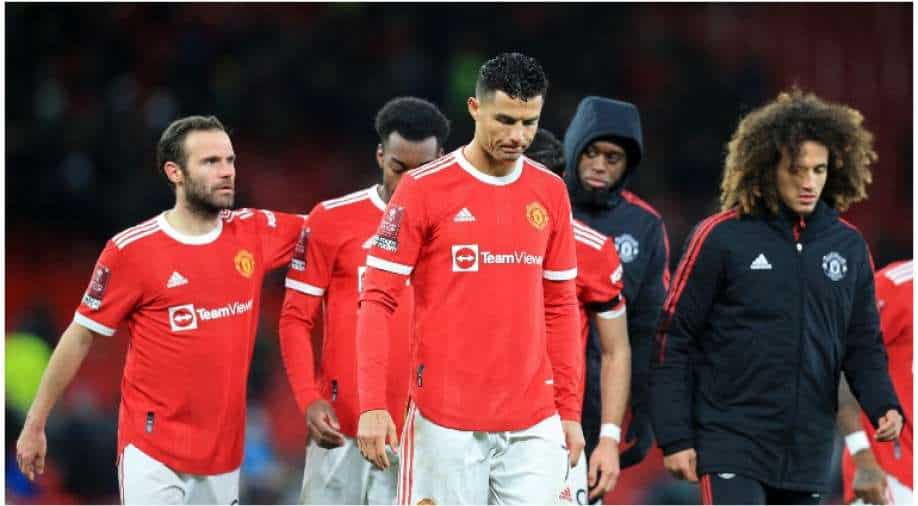 Manchester United returned to the top of the table on Monday but not the one they were hoping for as they were named the club with the biggest transfer losses in the last decade, splashing out more than one billion euros ($1.14 billion) on players. A study published by Switzerland-based independent research group CIES Football Observatory revealed United had a net spend of 1.075 billion euros since 2012, spending 1.545 billion on transfers while making 470 million back in player sales.

United broke the Premier League transfer record to sign Paul Pogba in 2016 for 89.5 million pounds ($120.89 million) but are set to make no return on the French midfielder, who has failed to meet expectations and can leave for free at the end of the season when his contract expires.
Other costly yet unsuccessful signings include Anthony Martial, signed for 36 million pounds in 2015, and Donny van de Beek, who cost the club 40 million in 2020. Both players left on loan last month, for Sevilla and Everton, respectively.

Barcelona were fourth in the list with a far lower net spend of 650 million, although the Catalans have been in financial turmoil in the last year due to an inflated wage bill, which forced them to part with all-time top scorer Lionel Messi. But while PSG, City and Barcelona at least have plenty of silverware to show for their indulgences in the last decade, United have largely underperformed on the pitch, above all since serial-winning manager Alex Ferguson left in 2013.

They have lifted only one league title since 2012, while City have won five, PSG seven and Barcelona five. United`s last trophy came in 2017, the Europa League triumph under Jose Mourinho. They are currently fourth in the Premier League, 19 points behind leaders City and on Friday were knocked out of the FA Cup by Championship (second tier) side Middlesbrough.