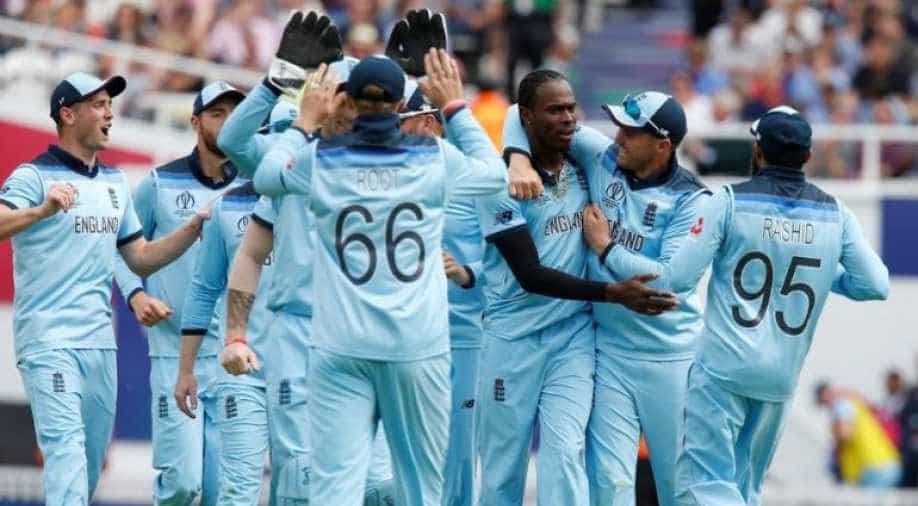 The World Cup is alive. Well, three of the top four look safe, but a few wins here and there and we may get a surprise fourth entrant. And hey, now that the rain has held off and we’ve had a several thrillers in the span of a few days, its actually turned out to be a pretty fun tournament.

Hosts and top-ranked England, touted as favourites well before the World Cup began, have been beaten by Pakistan and Sri Lanka, the latter the upset of the tournament. Eoin Morgan‘s team now needs to win two of its remaining three matches to guarantee their place in the semi-finals. Their opponents? Australia, New Zealand and India.

The three teams that with them comprise the World Cup’s top four. New Zealand, who they last beat in a World Cup match back in 1992.

What works in England’s favour is that nobody else can win six matches in a row, so this keeps the home team in the green zone. They also have a good net run-rate (1.457). So, even one win out of three could be enough. On Tuesday, Eoin Morgan’s team plays defending champions Australia. A win for England here will be a big boost. A loss will throw the points table open wider.

Australia, second on the World Cup points table, also have a couple tough matches to play. England won’t be easy, New Zealand always punch above their weight and South Africa, their World Cup over, could be the banana peel. By the time Australia meet New Zealand at Lord’s on June 29, the Blackcaps may already have secured passage to the semi-finals if they beat Pakistan three days earlier at Edgbaston.

Kane Williamson‘s team, having just managed to beat West Indies at Old Trafford on Saturday, now need to win one of their remaining three matches – versus Pakistan, Australia and England – to make the semi-finals.

As they showed in tough chases against Bangladesh and South Africa, New Zealand have the stomach for a scrap. Ross Taylor did it against Bangladesh when the target was 245, Williamson stood up brilliantly to haul them to a last-over win when chasing 241 versus South Africa and against West Indies, both of them combined to put up a match-winning total, but just. For sheer drama, these three wins are right up there. New Zealand have escaped defeat thrice, so don’t expect them to buckle against England or India.

India, along with New Zealand the only team to not lose yet, squeezed past Afghanistan in Southampton. West Indies, Bangladesh, England and Sri Lanka remain. Virat Kohli‘s Indian cricket team must win twice to make it to the semis. Despite the loss of Bhuvneshwar Kumar for at least two matches – he is targeting the England game on June 30 – India have a very fine bowling attack and should make it comfortably. Questions hang over their middle order, which was exposed by Afghanistan’s spinners at The Rose Bowl.

Sri Lanka’s win over England has kept them in the hunt for the semi-finals. On six points, they have to win all three remaining fixtures – versus South Africa, West Indies and India – to get to 12. Two wins will give them 10 points, which may not be enough owing to the top four’s dominance. Other results will have to go their way.

One spot below Sri Lanka are Bangladesh, with five points. Today they play Afghanistan, who beat them at last year’s Asia Cup, India and Pakistan. If they beat Afghanistan in Southampton, Bangladesh will move to seven points. Getting past India will be tough, which means that their clash with Pakistan at Lord’s on July 5 could be make-or-break.

Pakistan, after beating South Africa by 49 runs at Lord’s, have five points. They still need to beat New Zealand, Afghanistan and Bangladesh to finish on 11. For a team that oscillates from the awesome to the absurd, it is a nearly impossible task. But Mickey Arthur, their coach, believes it is possible, with a little help from other teams.

As things look today, Pakistan are competing with one of Australia and England for a spot in the final four. It may not require net run-rate, because England and Australia have even points to Pakistan’s odd.

West Indies, with just three points and games versus India, Sri Lanka and Afghanistan to go, cannot make the semi-finals. South Africa and Afghanistan are eliminated. Each could do damage to others, provided they really lift their games.

Did anyone say this is a dull World Cup?