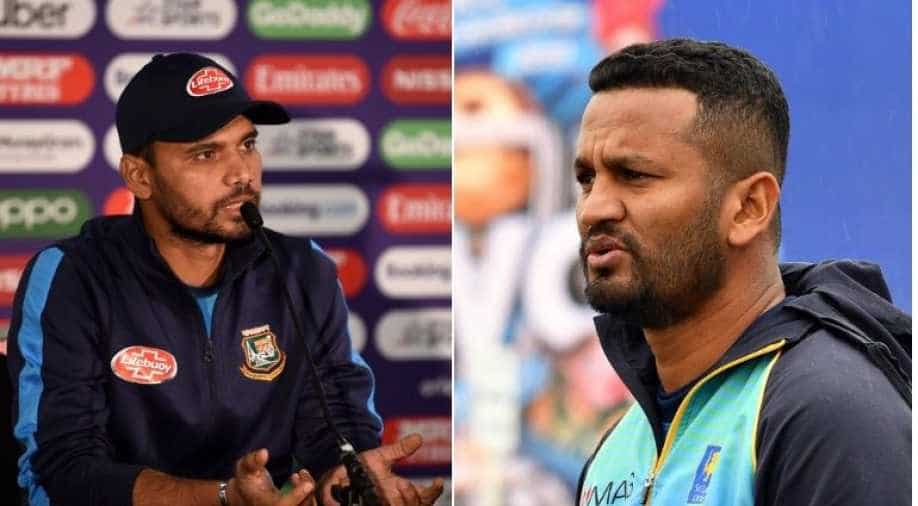 With the weather forecast looking bad for game day, even a T20 will do for both teams

As with the previous fixture at the County Ground a few days ago, inclement weather threatens to dominate Tuesday’s match between Sri Lanka and Bangladesh in the ICC Cricket World Cup 2019.

The Sri Lankan team have been camped in Bristol since June 5, and have not had to take the field. On June 7, their match with Pakistan here was washed out without a ball bowled, which gave them one point. Coming after a loss to New Zealand and a narrow win over Afghanistan, Sri Lanka will be desperate to get any sort of match on Tuesday.

With the weather forecast looking bad for game day, even a T20 will do for both teams.

Over the last two years, in ODIs, Sri Lanka and Bangladesh are level at 2-2. Mashrafe Mortaza, Bangladesh’s skipper, did not choose to dwell on that a day before this match. For him, the talk about Bangladesh having beaten Bangladesh in the 2011 and 2015 World Cups amounted to zilch, because when the teams met last week his was on the wrong end of a heavy loss.

With two defeats in a row, Bangladesh are struggling to play catchup when it comes to the semi-finals. Mortaza spoke of how tough it is for the team to make it, because he expected to beat New Zealand. The situation is uphill for his team, and with the weather not looking promising the frustration could pile up on Bangladesh.

What: Sri Lanka vs Bangladesh

Weather: Rain is predicted all through a cold day, with a high of 14 degrees Celsius.

Jon Lewis, Sri Lanka’s batting coach, confirmed that fast bowler Nuwan Pradeep is out of this match after he dislocates a finger last week. This makes it likely that his place will go to Jeevan Mendis, the spin-bowling allrounder, considering there are no other pace options.

Lewis also clarified that Lahiru Thirimanne is fit for selection.

After the loss to England, Bangladesh need to rebound.

The strip for this game is same as the one which was due to be played on in the last match. It remained covered on Monday on account of the rain around, so its anyone’s guess as to what lies beneath. Both teams trained under grey skies, before rain shortly before 3pm local time interrupted Sri Lanka’s training session and sent the players and coaches indoors.

Head to head in ODIs, Sri Lanka have won 36 of 45 ODIs against Bangladesh while losing seven. Two have been no results.

Bangladesh won their only ODI here, against England in 2010.

“I hope we will play a full match tomorrow. I think the team is fine. Yes, disappointing after two losses, but especially against New Zealand, but no, this sort of tournament, we knew that before the ending, you’re never sure, so still a lot of hope there. Boys really hungry to win matches, so team is fine. But again, expecting a full match.” – Mortaza

“It will be tough. Bangladesh have had a couple of decent results against Sri Lanka, but you know, this is a World Cup. The situation is very different. I think already, you’ve seen that maybe World Cup cricket isn’t the same as bilateral one-day tournaments. Yeah, no doubt at all that there’s a hell of a challenge ahead of us, but we also do have a lot of confidence in the players that we have in our dressing room and a lot of faith in them. So we are still confident.” – Lewis