Chelsea and Burnley wait on FA after touchline clashes 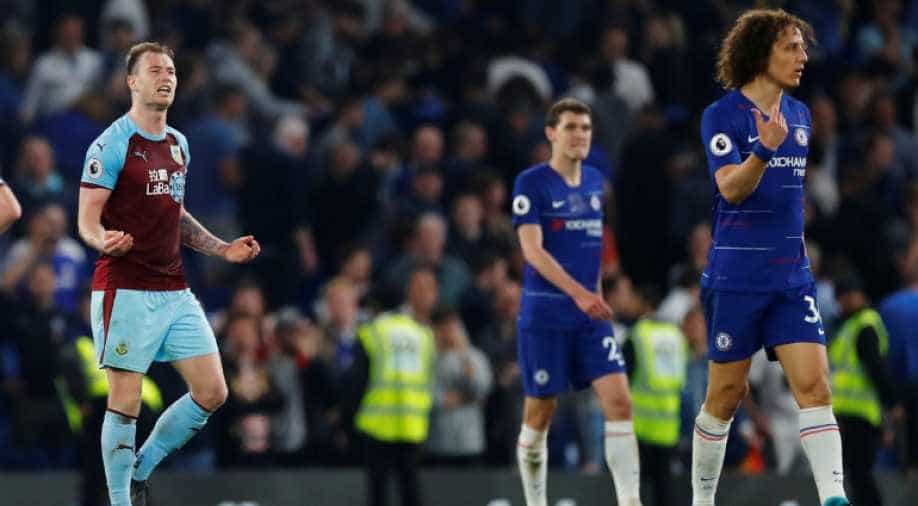 Chelsea are expected to lodge a formal complaint over comments allegedly addressed by Burnley coaching staff to Blues manager Maurizio Sarri, who was later sent off by referee Kevin Friend.

There was also a flare-up between the teams in the tunnel following the final whistle.

Sarri did not attend the post-match media conference and assistant manager Gianfranco Zola, asked if Chelsea would contact the FA over his fellow Italian's frustrations, replied: "I think there will be a follow (up) on that. Maurizio felt very unhappy.

"We understand it's a football game. You say words because of the adrenaline, but he wasn't particularly happy.

"If Maurizio said that, probably it's something that could have been avoided."

'Laugh in your face'

Brazil defender Luiz meanwhile was unhappy that his early efforts to make Friend aware of what he said were Burnley's delaying tactics initially fell on deaf ears, although Clarets goalkeeper Tom Heaton was booked for time-wasting in the 32nd minute.

"It is difficult when you see a referee even laugh in your face when you try to speak with him in a respectful way, it is not nice," Luiz told Chelsea's website.

"When I was trying to speak with him he was never looking in my eyes and he was not trying to listen, he just said, 'I don't want to listen to you, shut up and play the game'."

The draw saw Chelsea lose ground in the race for a top-four finish while all but assuring Burnley of Premier League survival as they reached 40 points for the season.

Jeff Hendrick gave Burnley an eighth-minute lead in west London only for Chelsea's N'Golo Kante and Gonzalo Higuain to have made it 2-1 to the home side by the 14th minute.

But Ashley Barnes made it 2-2 before the match was overshadowed by the fractious scenes shortly after full-time.

Burnley boss played down the incidents involving the two benches as "handbags", having spoken to Zola at half-time to ask Sarri not to encroach into the Clarets' technical area.

"I know Zola a bit, he's a fantastic fella, and I've always got on with him," Dyche said.

"He said at half-time he (Sarri) is not quite getting it. I said he was going over into my box.

"He just said he didn't quite get the reality of it, the technical areas are bigger in Italy.

"I said fine, and accepted it."