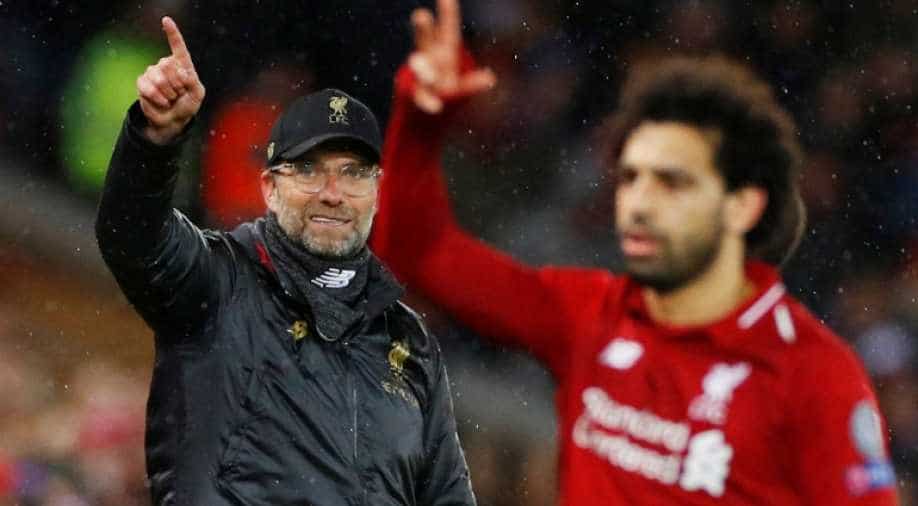 The goalless draw in their last-16 first leg tie was by no means dull and neither side could be accused of negativity but there was certainly a little too much respect shown and as a result a conservatism that left the crowd wanting more.

Perhaps we have been spoilt in recent seasons of Champions League football with high-scoring, free-flowing games becoming the norm rather than the exception.

But at Anfield on Tuesday, Liverpool and Bayern Munich, in a fixture that would have generated excited anticipation in any decade from the 1970s onwards, were unable to deliver on the high expectations.

The goalless draw in their last-16 first leg tie was by no means dull and neither side could be accused of negativity but there was certainly a little too much respect shown and as a result a conservatism that left the crowd wanting more.

It was also a case of two managers and teams which knew exactly the dangers that faced them.

Liverpool coach Juergen Klopp emerged as a manager in the Bundesliga and faced many battles with Bayern in his time at Borussia Dortmund. He knew his opponent inside out.

Likewise Bayern boss Niko Kovac will have been very familiar with Klopp's approach and the dangers of being swept aside in a more open game.

Familiarity bred caution and the result was one which left Kovac sounding the more satisfied of the pair.

"It is half full, half empty, I can’t remember that many clubs have not lost and not conceded at Anfield, they are a sensationally good team," said the Croatian.

"My team in defence and as a whole kept everything tight at the back and played at a high level, tactically and mentally. We didn’t score but we didn’t let one in.

"We are at home now, it is an advantage and we will play in front of 75,000. We know if we concede, we have to win. At this level, very small differences can decide everything so we will wait and see."

"I am the last person to start celebrating. We are modest, focused and have to give 100 percent in the next game," added Kovac.

Klopp was more critical but equally glad to still be in the contest when it resumes in three weeks at Bayern's Allianz Arena.

"We can play better, we should play better. But it was like this," he said.

"The tie is not over. We had to create a basis which we can use in the second leg. From a result point of view it's absolutely OK.

"It's not a dream result but it's a good one and we can work with that."