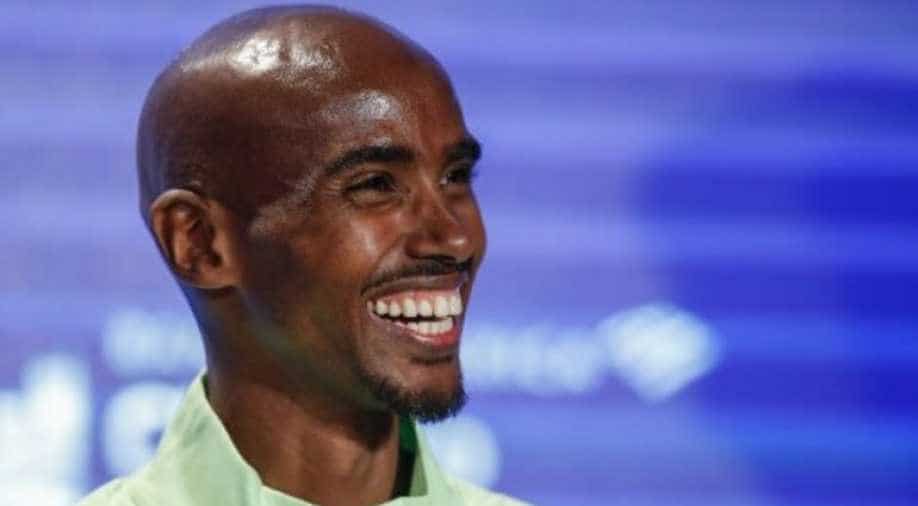 The Brit will continue his preparations for the upcoming Olympics, he has won gold in 5,000 metres and 10,000 metres category in 2012 London and 2016 Rio Olympics.

The four-time Olympic gold medallist Mo Farah has bowed out from London's Half Marathon which was scheduled to take place next month after an Achilles injury.

Britain's one of the great distance-runners was struck by a minor injury while training for the upcoming 2020 Tokyo Olympics.

The 36-year-old has won the half marathon for the past two years, he was set to take on Ethiopia's Kenenisa Bekele in the upcoming marathon. He was keen on taking-on the star runner Bekele, he said: "I was really looking forward to racing the Vitality Big Half again,".

The half marathon was scheduled to take place on March 1. He came fifth in the previous edition of the marathon.

Farah released a statement which was issued by event organisers which said: "Everyone knows how much I love racing in London, but my priority is to be fit, healthy and competitive for the summer season and for that reason I have had to make the tough decision not to race this year."

The Brit will continue his preparations for the upcoming Olympics, he has won gold in 5,000 metres and 10,000 metres category in 2012 London and 2016 Rio Olympics.

He broke the European record in 2018 Chicago marathon.

Even though world record holder Eliud Kipchoge is favourite to win the gold, Mo will be looking forward to defending his medal.