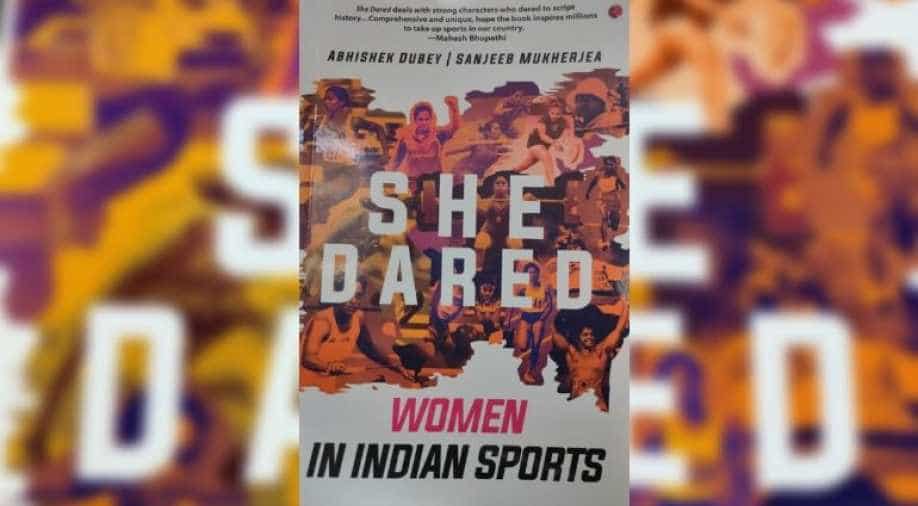 The book voyages through the vast history of sports and sketches out the rise of women in the field of sports.

What does it take for a woman to claim her place in the adrenaline-fuelled, male-dominated world of sport? It takes much more than pushing the limits of the human body. It takes challenging societal norms, defying stereotypes and defeating inequality at every step along the way. Through stories of struggle and triumph of 16 women athletes, ‘She Dared – Women in Indian Sport’ (Rupa Publications) illuminates the obstacle course that lies in front of every sportswoman in India that dares to take up the challenge to break the glass ceiling.

These are real stories of hope that are meant chronicle leaps and falls of some of the biggest names among women in Indian sport and to inspire girls eager to carry the flame forward.

Authors Abhishek Dubey and Sanjeeb Mukherjea set out their intelligible differentia right at the beginning – these are sportswomen not selected on the basis of mere athletic merit, but on the basis of the impact, they have had in shaping the history of their sport for all who will come after.

The book voyages through the vast history of sports and sketches out the rise of women in the field of sports.

‘She Dared’ is an extremely well-researched work of labour that paints a riveting picture of the lives of some sportswomen. It is a page-turner, where poignant accounts of the struggles and determination of these sportswomen seem surreal. From Hima Das’s intensive training in acute poverty to P T Usha’s resolve to empower more Indian women in the track field, the stories narrate much more than their rise to podium.

It recounts the journey of Anju Bobby George who dared to soar where many others couldn’t. It talks of the steel grit of Karnam Malleswari who brought India her first Olympic medal by a woman. From the indomitable will of MC Mary Kom to the ascent of Indian badminton through Saina Nehwal and then P V Sindhu, to the gripping tale of how a flat-footed kid from Tripura had the world in awe pulling off the death-defying gymnastic routine called Produnova, ‘She Dared’ jogs a generation’s memory through a comprehensive peek into the lives of these special athletes. This is a book that binds their stories together into an inspirational journal like no other.

The book also highlights the fact that in India, there is a general perception that only cricket counts. In other sports, we tend to chase the champions and the process of the making of the champions is overlooked by the media. Finding comprehensive accounts of their journeys in prose is even more difficult.  And it is here that ‘She Dared’ comes as a sparkling surprise.

The book not only talks about the women’s achievers but more importantly the sweat, the pain and the efforts which went behind these achievements. It talks about the winners, but more importantly, also about those who may have fallen short of the finish line, but succeeded in paving the way for others to come and win big. This is a book not shackled by the victory-and-defeat binary in its storytelling.