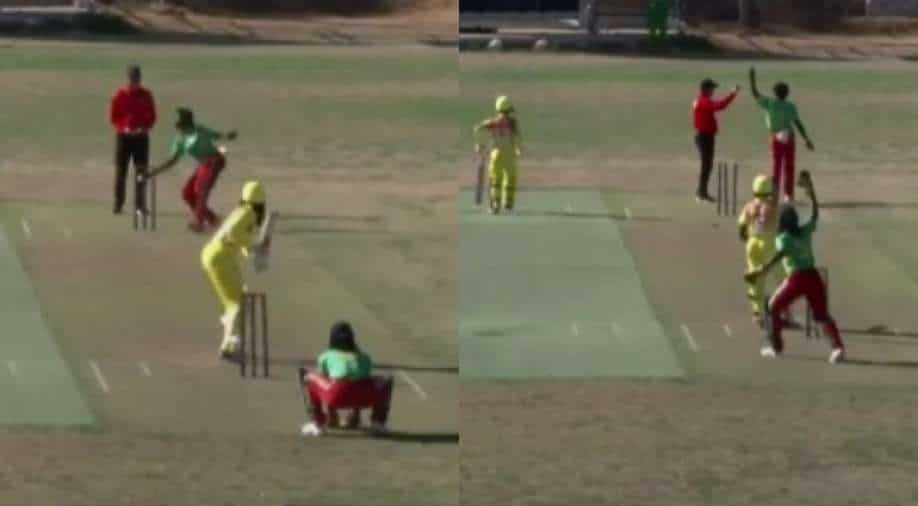 In a bizarre turn of events, Cameroon bowler Maeve Douma resorted to 'mankading' as many as four batters in the T20 game versus Uganda as the video has gone viral in no time.

Mankading has been regarded as a controversial mode of dismissal in the gentlemen's game. While it is within the laws of the game, it remains under the scanner with varied opinions. R Ashwin had created a huge stir by 'mankading' Jos Buttler in IPL 2019. Since then, many have resorted to the form of dismissal whereas some refrain from 'mankading' batters and leave them with a warning.

In the Group B clash between Cameroon and Uganda, of the ICC Women's T20 World Cup Africa Region Qualifier in Gaborone, Botswana, a Cameroon bowler named Maeve Douma ran riot in Uganda's innings by inflicting 'mankading' on as many as four batters. Here's the video where Douma 'mankanded' four batters in style:

The four batters who fell to Douma's mankading were Kevin Awino, Rita Musamali, Immaculate Nakisuuyi and Janet Mbabazi whereas the bowler clean bowled Prosscovia Alako on the second ball of her first spell to hog the limelight during Uganda's innings.

Despite Douma's dominance during Uganda's innings, the latter posted 190/6 in 20 overs and dismissed Cameroon for a paltry 35 in 14.3 overs to win the contest by a whopping 155-run margin.