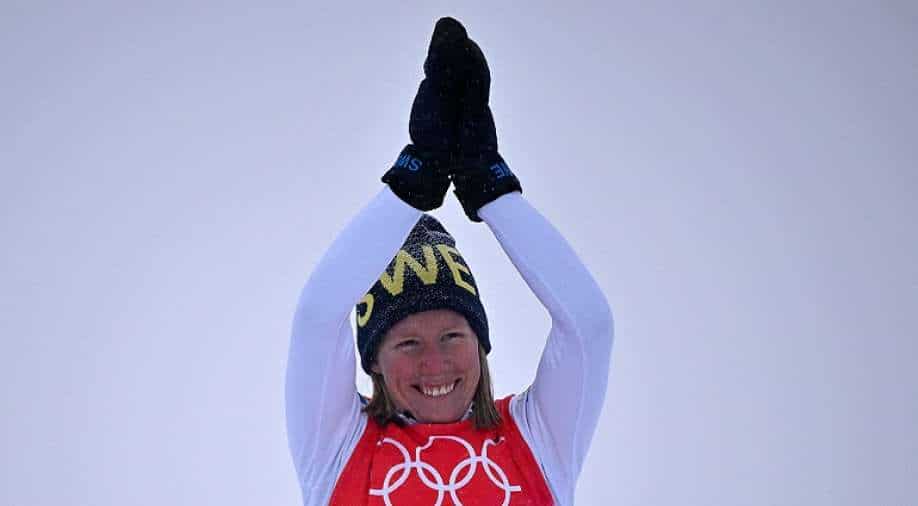 Sweden's Sandra Naeslund won the women's ski cross final at the Beijing Games, taking home the gold after dominating from the start of Thursday's races, while Canada's Marielle Thompson claimed the silver after a nail-biting final race.

The 25-year old Swede exploded out of the gate in the final, bolting over the technical opening section of the race and opening a big lead ahead of the pack.

Naeslund, who came fourth in Pyeongchang four years ago, had started the day strongly, running her seeding round of the competition nearly two seconds ahead of the next fastest skier.

Thompson had to settle for the silver, while Daniela Maier of Germany won the bronze medal.

Switzerland's Fanny Smith, who claimed bronze at Pyeongchang 2018, crossed the line third in the final but was relegated to fourth for an infringement after a prolonged review of the race.

Workers used shovels to clear the course of fresh snow and flatten sections of it before redrawing the lines ahead of Thursday`s final races after heavy snow fell earlier in the day.