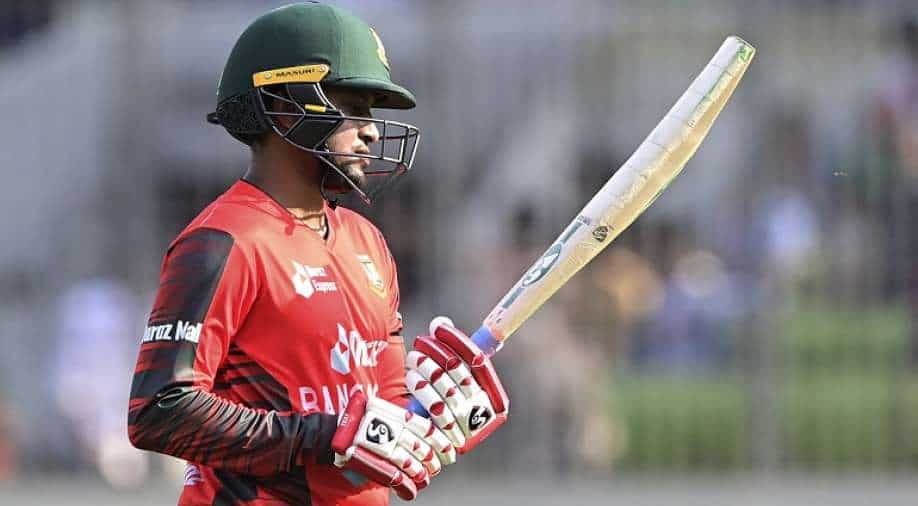 Bangladesh premier all-rounder Shakib Al Hasan has been granted a break from all forms of cricket till April 30, ruling him out of the upcoming South Africa series that runs till April 8.

Bangladesh Cricket Board (BCB) on Wednesday announced that all-rounder Shakib Al Hasan has been rested from all forms of international cricket till April 30.

Shakib will now be missing Bangladesh's upcoming Test and ODI tour of South Africa, which is scheduled to be played between March 12 to April 8.

According to ESPNcricinfo, the BCB has not named a replacement for Shakib and, for now, the ODI squad will travel to South Africa without him.

Earlier, BCB president Nazmul Hasan slammed Shakib after the all-rounder expressed his willingness to take a break from international cricket and not tour South Africa.

Hassan also went on to question Shakib's commitment towards international cricket, asking whether he would have wanted a similar break from the Indian Premier League (IPL) had he been picked in the mega auction.

"I think it is logical to think that if he was in a poor physical and mental state, he wouldn't have given his name in the IPL auction. But he went ahead with it. So, does it mean that if he got his IPL contract, he would have said the same thing? We can't do anything if he doesn't want to play for Bangladesh," ESPNcricinfo had quoted Hassan as saying.

"But he can't keep saying I will play this game, I won't play that game. We are soft on those who we love, but they also have to be professional. Otherwise, we will have to take decisions that no one will like," he added.