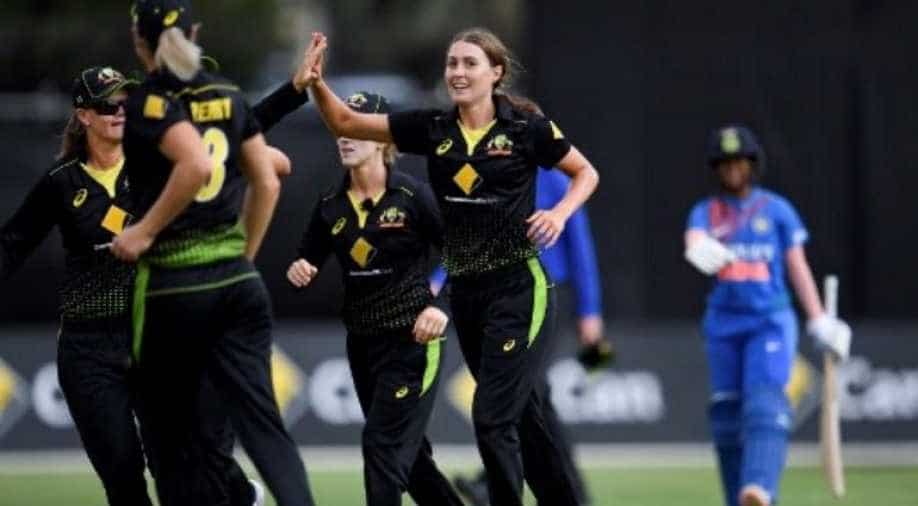 The Tri-nation series consisted of Australia, India and England. All the teams won and lost two matches.

Australian women's team beat India by 11 runs in finals of the tri-nation women's T20 series in Melbourne on Wednesday and clinched the series win.

What a spell that was from Jess Jonassen to power Australia to victory in the tri-series final over India 👏 pic.twitter.com/RHwbPIluFa

Australia won the toss and chose to bat. Beth Mooney scored the most for the team (71 runs). Australia made good use of the last over. India's Rajeshwari Gayakwad conceded 19 runs in the final over.

Australia have reduced India to 69/3 at the halfway mark, with Tayla Vlaeminck claiming two key wickets!

Can India fight back?

Indian women's Smriti Mandhana scored the most for India, at one point India was 115 for the loss of 3 wickets in the 15th over, but after Smriti Mandhana and Indian skipper Harmanpreet Kaur wickets in consecutive overs shattered the Indian hopes. India was all-out on144 runs in 20 overs.

The Tri-nation series consisted of Australia, India and England. All the teams won and lost two matches.