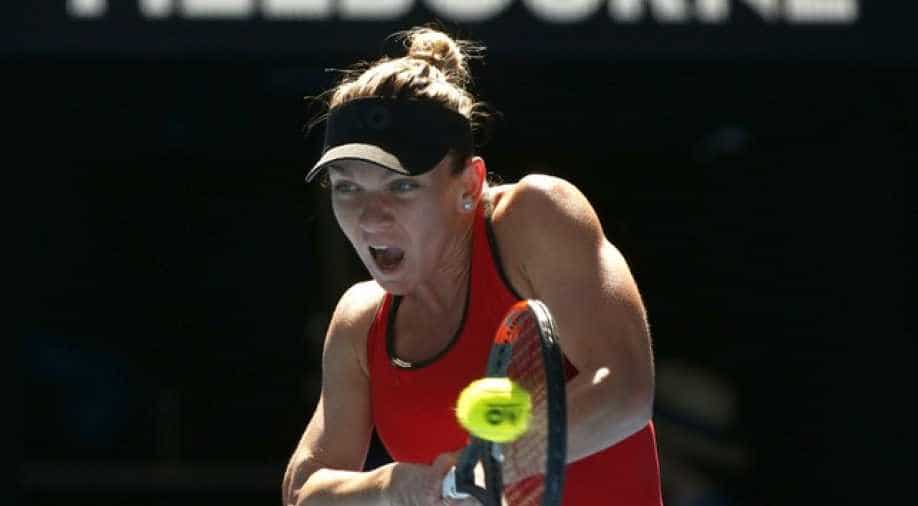 A dramatic and intense game ended in the favour of world number one Simona Halep. She defeated Destanee Aiava after coming back from 5-2 and a set point down against Australian teenager to win the first-round match at the Australian Open on Tuesday.

Both the Romanian and her 17-year-old wildcard opponent needed on-court medical attention before top seed Halep ran out a battling 7-6 (7/5), 6-1 winner in an hour and 51 minutes.

The top seed had fallen at the first hurdle in the past two years at Melbourne Park and another shock was beckoning when the big-hitting Australian took a 5-2 lead in the first set buoyed by rowdy home supporters.

"She was a very tough opponent," said a relieved Halep after the match.

"She's very talented and powerful. She reminds me a little bit of Serena Williams."

"It was a pleasure to be back here on centre court."

The world No. 1️⃣ is through to the second round! #AusOpen pic.twitter.com/AZFrRMmUmk

Halep showed little of the form which helped her to the Shenzhen title two weeks ago but used her all experience to extend the rallies and force the ailing Australian to dig deep.

Simona Halep will face Canada's Eugenie Bouchard, a former semi-finalist in Melbourne and Roland Garros, and a finalist at Wimbledon in 2014.