Australia have the goods to give Virat Kohli's men a run for their money: Finch ahead of ODI series against India 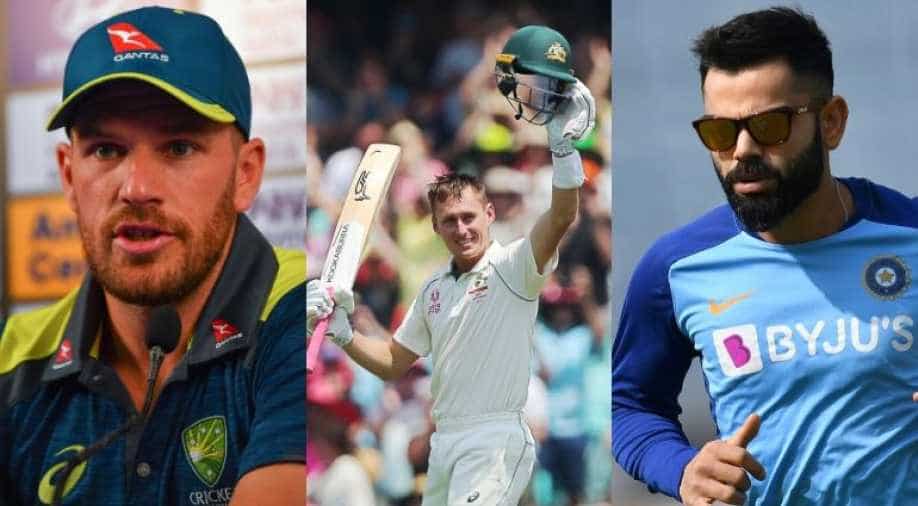 Marnus Labuschagne has yet not debuted in the ODI format and has had an amazing run in the tests.

Australians are eyeing an exciting ODI series against India at home starting next week with Aaron Finch declaring his team is ready to "give Virat Kohli's men a run for their money."

Finch's teamates - David Warner, Pat Cummins and Marnus Labuschagne have also made their intentions clear ahead of the crucial ODI encounter against Virat's India.

Australian Skipper Aaron Finch said that 'this' Australian side is much more confident to trouble the men in blue.

"Australia have the goods to give Virat Kohli's men a run for their money," said Aaron Finch before leaving for the three-match series against India.

The former world champions will look to repeat their feat last year when they beat India 3-2 in in an ODI series last year. Australia came back to win the series after trailing in the series.

Finch said that Marnus Labuschagne's presence in the squad will be vital as the newcomer's form has been fantastic.

Marnus Labuschagne has yet not debuted in the ODI format but has had an amazing run in Tests.

Marnus Labuschagne, the new Aussie batting sensation aspires to be a world-class cricketer in all formats. The latest Australian run machine has 1,495 in 14 Tests with an average of 63 with one double century.

Labuschagne who counts Virat as one of his heroes is expected to make his debut against India at the Wankhede in Mumbai on January 14.

David Warner surely seems excited about his trip to India and his Indian fans. He posted a photo Instagram and shared his thoughts on the forthcoming series.

India here we come!! It’s going to be a great 3 game series. Looking forward to seeing all our Indian fans 👍👍

Australian pace spearhead Pat Cummins said that spinners will play a crucial role in the series against India.

In ODIs, Australia dominates India with having won 77 matches and losing 49 with no results in 10 matches.