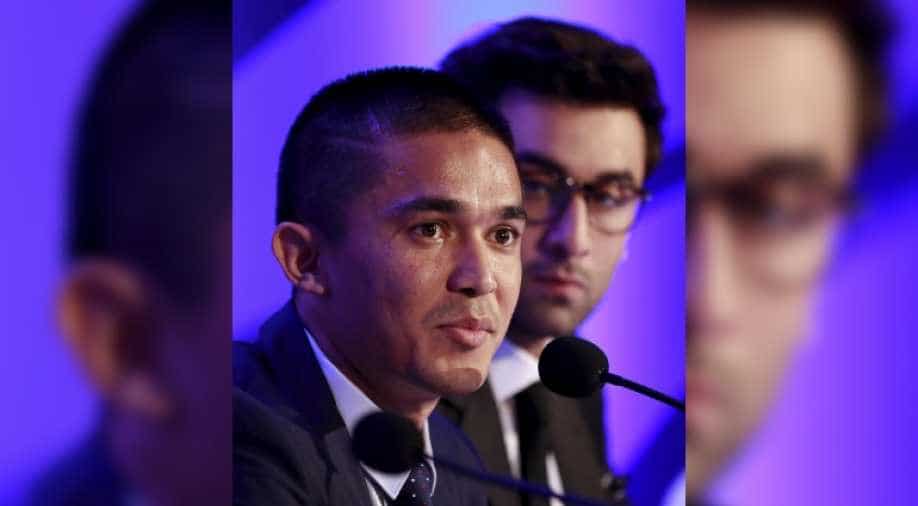 The national side is 97th in the FIFA rankings and yet to play at a World Cup, but All India Football Federation president Praful Patel is confident their fourth Asian Cup appearance will prove to be a vital stepping stone.

India are hoping to use the Asian Cup as a key building block towards realising a dream of qualifying for the 2026 World Cup finals but doubts remain over the quality of the side ahead of next month's continental showpiece in the United Arab Emirates.

India has a population of 1.3 billion but the nation's obsession with and success on the cricket pitch has left it a massive underachiever on the football field.

The national side is 97th in the FIFA rankings and yet to play at a World Cup, but All India Football Federation president Praful Patel is confident their fourth Asian Cup appearance will prove to be a vital stepping stone.

"The... dream needs to be achieved by 2026 as there will be eight teams from Asia in the FIFA World Cup," Patel told reporters last week, adding the team would just not be looking to make it out of the group stage in the UAE.

"You just always cannot live a dream and we have to make the Asian dream a reality."

India's qualification for the 2011 Asian Cup in Qatar was more a case of coming in through the back door when the country advanced by winning the AFC Challenge Cup, a tournament for the lowest ranked nations in the continent.

That was their first appearance since 1984 and while they remain the dominant force in South Asia, India are still a long way behind regional powerhouses Japan, Australia, South Korea, Iran and Saudi Arabia.

They failed to qualify for the 2015 Asian Cup and the Asian Football Confederation's (AFC) decision to increase the number of finalists from 16 teams to 24 has helped the country return to the tournament.

India, managed by English coach Stephen Constantine, have been drawn in Group A alongside hosts United Arab Emirates, Bahrain and Thailand for the Jan. 5-Feb. 1 tournament.

"The Asian Cup is a massive tournament for India and everyone involved in the sport," Constantine said. "We have three games from Jan. 6-14 and I am focusing on them.

"We will take one game at a time and we have scouted Thailand intensively to the point that we have watched them three-four times for analysis."

Sunil Chhetri is the only surviving member of the 2011 team who lost all three group games in Qatar and his tally of 65 goals from 103 international matches since his 2005 debut makes him India's most prolific striker.

Comparing the preparation of the current squad with the one that played in the tournament eight years ago, Chhetri said the 2011 team were together for six months while the current crop have been busy playing for their clubs in domestic leagues.

A 28-member squad left India for Abu Dhabi on Dec. 20 to prepare for the quadrennial tournament and played one friendly against Oman on Thursday, a 0-0 draw, while other Asian sides have warmed up with a string of matches.

Since their last appearance at the finals in 2011, India have only played two matches against a top-six Asian side when they were grouped with Iran for the 2018 World Cup qualifiers, losing both ties without scoring a goal.

"We have two weeks there in Abu Dhabi to get acclimatised. As far as preparation is concerned, it's okay," Constantine added. "I think we could have had a few more games but that was not for lack of trying.

"We sent letters to 25-30 different nations asking for game. We wanted to play against teams in Asian Cup. We've tried the best we can."