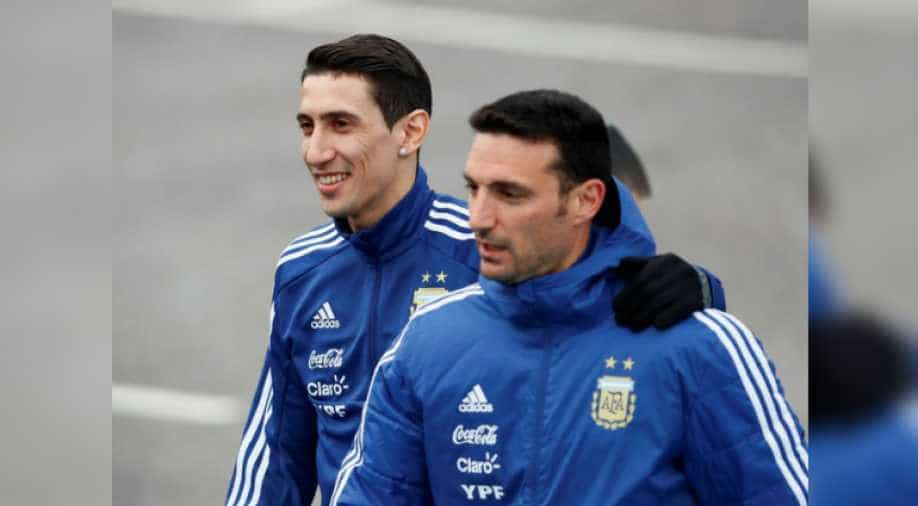 Scaloni was appointed to succeed Jorge Sampaoli after a disappointing World Cup in Russia.

Argentina have asked interim coach Lionel Scaloni to stay in charge of the team until next year's Copa America, the head of the Argentine Football Association (AFA) said on Thursday.

Scaloni, who was appointed to succeed Jorge Sampaoli after a disappointing World Cup in Russia where the South Americans win only one game and were knocked out in last 16 by France, has not formally responded to the offer but is expected to accept.

"We've seen Scaloni's work and as a result we are offering him the chance to continue until the Copa America," AFA president Claudio Tapia told reporters.

"The project is evolving and the national team is gaining an identity and that's what we want."

The Copa America takes place in Brazil next June and July and after losing the last two finals of the competition on penalties Argentina will be looking to win their first major title since they lifted the same trophy in 1993.

Although he has little experience as a top coach, the 40-year-old Scaloni has lost only one of his six friendlies in charge, a 1-0 reverse against Brazil in Saudi Arabia.

Argentina conceded only one goal in the six games, winning four and drawing one.